Home » Bondage F/F » You may be cute & young but you will pay for ripping me off. Simone bondage 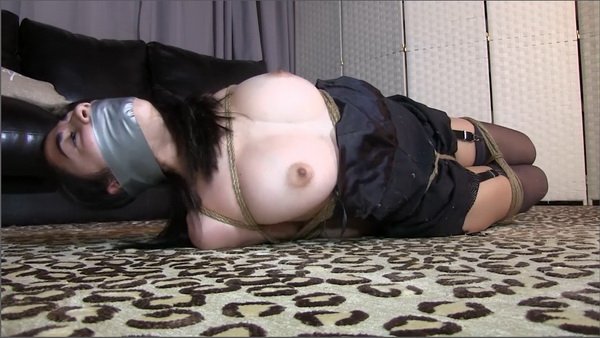 A woman drags a tiny young girl into the room and tosses her onto the couch. She has been stealing money from the bar the woman owns. She plans to get revenge the old fashioned way with a little punishment and humiliation. The tiny girl is easily over powered and tied up tightly. Her big perky boobs fall out of her little black dress and she is wearing a satin thong and garter belt. The woman makes sure that she gets a few good but smacks and boob grabs in. The young one is cocky and makes threats and runs her mouth while she is being tied up. Her mouth is stuffed to shut her up and duct tape wrapped around her cute little head. She flails about on the floor without getting loose at all. She has been crotch roped and now she is going to be hogtied after several more layers of tape are added to her gag. She is left for the night to think about her sins.