Home » Bondage F/F » You wont be fucking my husband tonight! Arabelle tied up and gagged 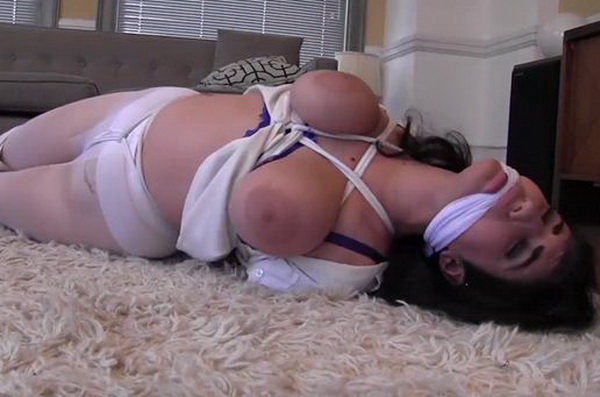 Arabelle is an exchange student from a French speaking country, who is staying with Dixie and her husband while she attends college. But Dixie has found out that Arabelle and her husband are having an affair behind her back. The video begins with Dixie confronting Arabelle with her suspicions. At first she denies everything, but then Dixie provides more evidence in the form of a pair of Arabelle’s panties that she found in her husbands pants pocket. Now Arabelle knows she is in trouble. Suddenly, Dixie grabs Arabelle and starts to tie her up. Arabelle tries to resist, but Dixie is able to over power her and soon she finds herself tied up. Then when Dixie gets tired of listening to Arabelle’s protests, she stuffs the found panties in her mouth and ties a rag between her teeth to gag the little French girl…