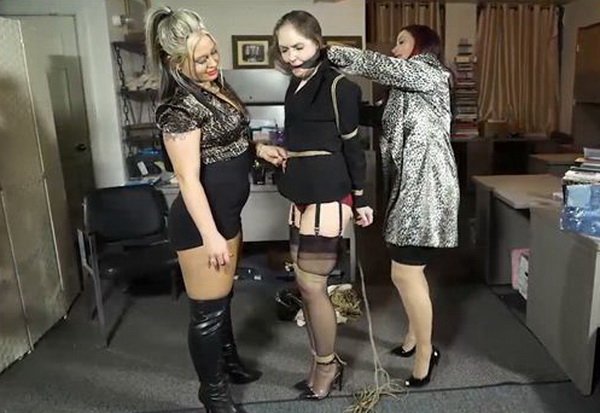 A cutie pie office girl gets tied up by two woman because her loser boyfriend has a pain pill problem and owes them money. He usually visits her at her office on Monday afternoons but he hasn’t made an appearance so they decide to hold her captive, tying her elbows, crotch roping her. The blond removes her panties and shoves them in the office girls mouth and they cleave gag her with black wrap and tie her to the chair just waiting for the loser to arrive…