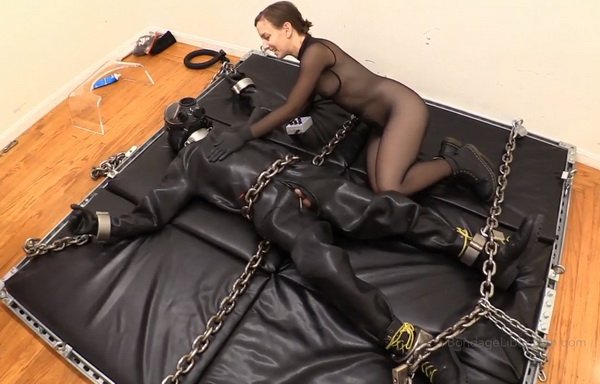 The lockdown has Elise feeling frisky. Thankfully she has Kino in her bubble and is able to release her pent-up sadistic desires onto him! Dressed in a heavy rubber suit from head to toe, Kino Payne is subjected to extremely heavy metal shackles on his wrists and ankles, as well as comically heavy chain securing him to the padded bondage rig. Now secured, spread wide, Kino is able to do nothing but take what comes his way. As it happens, Elise comes at him with electro gear in hand, connects Kino’s cock and balls up to her electro box, and giggles with delight as he suffers. After some time, she is sufficiently turned on by his moans and groans, and she then decides it’s time to control Kino’s access to air through a metal dido with holes, which allows/disallows air to pass through to Kino. Spread wide, Elise is delighted for her pussy to control Kino’s air access! All of Kino’s commotion eventually leads Elise to believe that he might need some alone time, and so she leaves him to deal with his predicament on his own until she decides to come back and play some more. 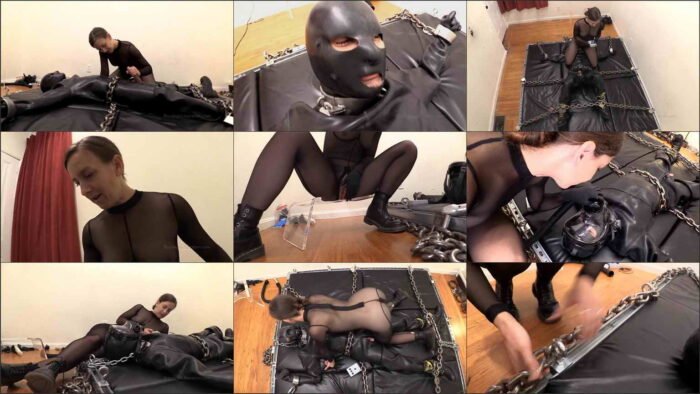 An Li and Elise Graves Rattle His Cage: Part Two