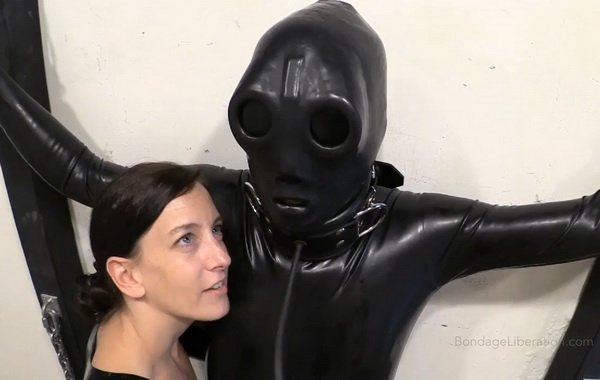 Lucky Elise has captured herself a rubber alien bondage toy. She shackles him to the wall, sticks an electrical probe up his ass, and straps an extremely wide inflatable collar onto his neck, as this is how she gets turned on: to have total control over his body. Wearing tight, shiny rubber, Elise gets a firm grip on her alien friend’s massive cock, tries to shove it inside her, but realizes it is too big, but she uses it, along with a vibrator, to bring herself to massive orgasms. Then, she proceeds to tease and sexually torment her rubber visitor, leaving him completely on edge in the end. Pay close attention to this special rubber alien hood! 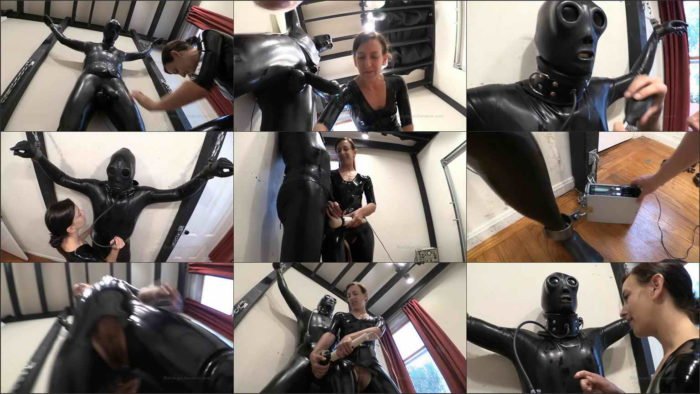 An Li, Gimpy and Elise Graves – Shown the Ropes