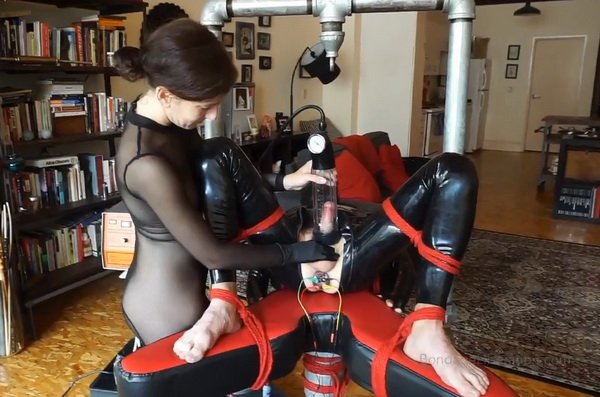 SteveLovesKink is no stranger to intense bondage scenerios, and certainly no stranger to ass play. Elise takes it up a notch by incorporating both into this scene. Rubber-clad Steve is tied to the Serious Bondage fuck cart, with knees spread wide, neck tied down, and wrists secured behind his back. This creates a vulnerable position, which Elise intends to exploit. Working slowly, Elise inserts the size-able Stanley Junior acrylic electro plug into Steve’s asshole. Get an up-close view of the inside of Steve’s butt hole! Soon the electro causes the plug to not only move in and out of Steve’s ass, but also rotates in a circular motion, thanks to the quad-pole technology. The Stanley stimulates Steve’s ass in such a manner that Steve’s asshole contractions cause the plug to fuck itself. Elise is not satisfied with the level of stimulation for Steve, and so she adds a cock suction tube, vibration, and a good old hand job to tip Steve over the edge of sensation overload. 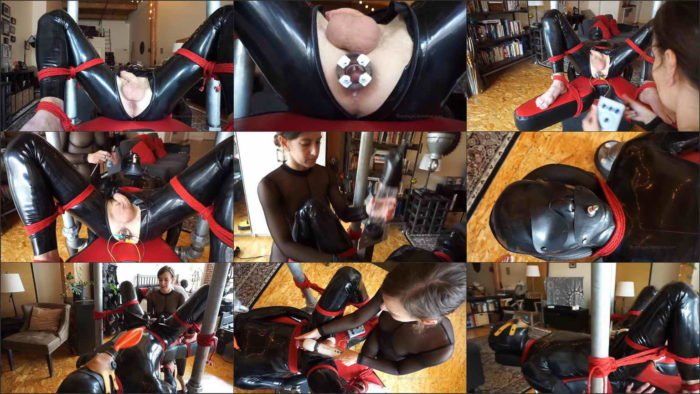