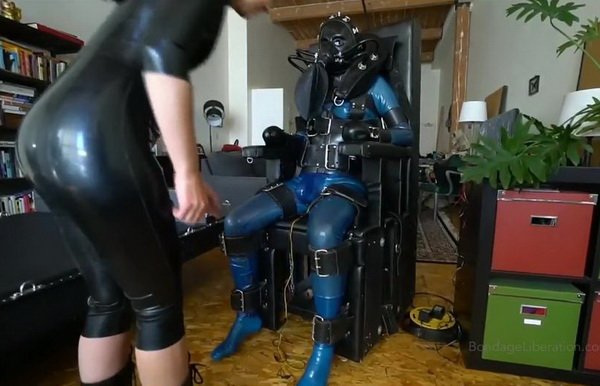 Elise has not one, but two rubber gimps to play with today! After inserting the world’s largest quad-pole electrical toy deep into K-Pa, Elise has him suit up into total rubber encasement before immobilizing him in the Serious Bondage chair. After turning up the electrical juice, Elise stuffs a pair of her used panties in a rubber smell bag before attaching it to K-Pa’s face. Now he has a direct link to Elise – even after she leaves him alone to move on to play with Rubber Nerd. After zipping him up into a sexy rubber straitjacket, Elise locks his ankles into heavy stocks, rendering him helpless and exposed. At this point, he is vulnerable to Elise electrically shocking his balls while covering his mouth and nose. It’s only after turning up the electricity that Elise is turned on, and finds a way to satisfy herself, leaving her playmates to fend for themselves. 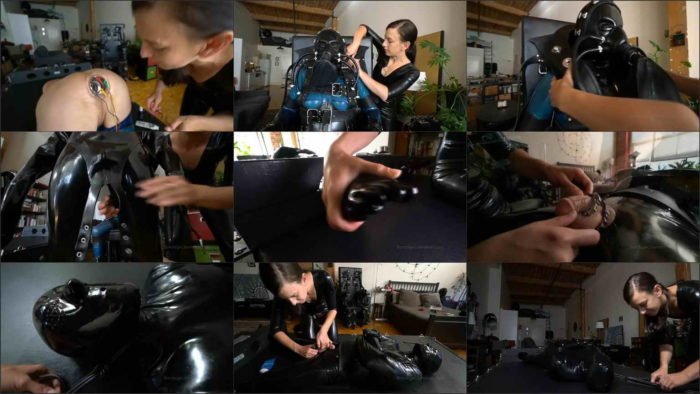