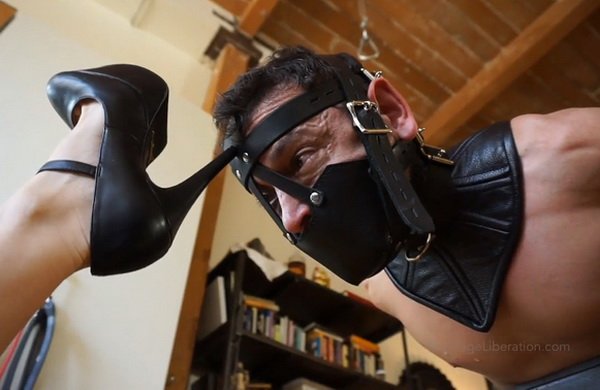 Elise is sexually aroused by suffering. It need not be her own suffering, someone else’s will also satisfy. Her new playmate, Kino Payne, enjoys suffering for Elise, as he knows it pleases her. Elise takes him by the neck, straps him into a tight, neck-squeezing corset, arm binders and a strict head harness before positioning Kino into a very tight hogtie for her viewing pleasure. It isn’t long before sweat begins dripping down his strained body. Elise sees that he is suffering for her and she appreciates it. She returns the favor by playing with her pussy in view of struggling Kino, yet absolutely out of reach. These are the games that Elise loves to play! 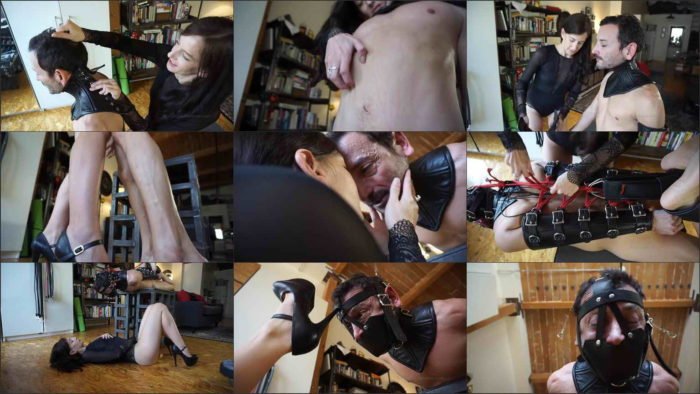