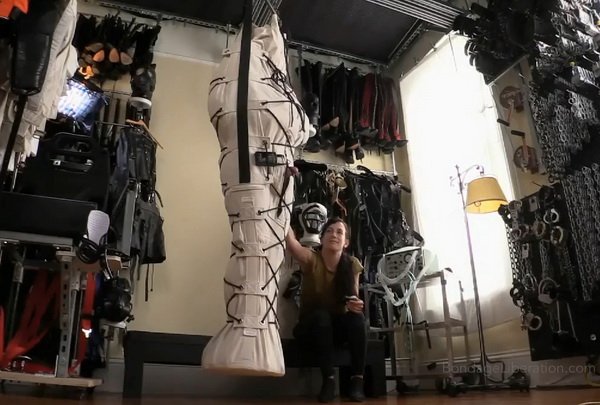 Elise knows Patrick enjoys complete helplessness. All-encompassing restriction. Absolute immobilization. After stuffing a couple electro balls up Patrick’s ass, Elise gets to work on the heavy bondage layering process. Beginning with a thick canvas hood, Patrick is soon faceless. Slipping into a sexy leather straitjacket, Patrick begins to relax into his situation. Helping him into a heavy canvas Max Cita mail bag, Elise informs Patrick that he is about to be laced into the sack, as if it’s a full-body corset. Soon, Elise suspends the bag in the air. Patrick has left this earth. To bring him back, Elise turns up the electro on both the ass plug as well as some additional cock and ball electro bands. Tugging on his dick, Elise keeps Patrick on edge. When asked to wiggle, Elise sees that Patrick can barely move his body, but yet he sways and sways. How long does Patrick stay bound up in the sack? Watch and find out. 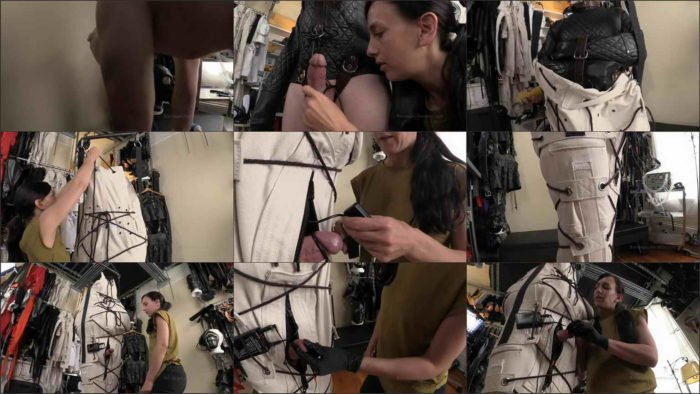