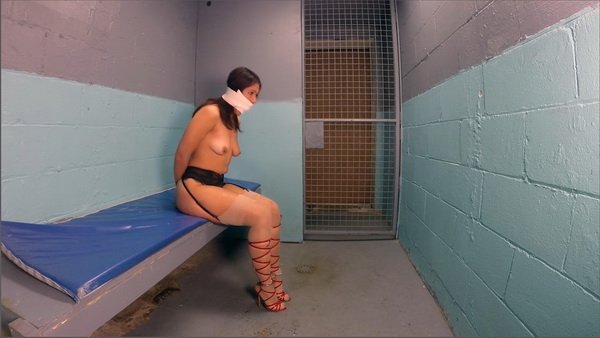 Sahrye is taken into the cell. The coat draped over her shoulders is removed. She has already been cuffed. Her jewelry is removed and she is left there. Instead of keeping quiet she carries on a lot, so she gets punished. The woman enters and puts hinged cuffs on her ankles and a ballgag into her mouth (after 10 minutes). She comes back later and adds microfoam tape and eventually hogcuffs her on the bench. She is left like that for a while before the guard comes in again and makes her get to the filthy floor before hogcuffing her and leaving her there for the night. Tied up Megan Jones in the 8 minute escape

She was going to be sold off as a pony girl, after a few valuable lessons bondage of course.