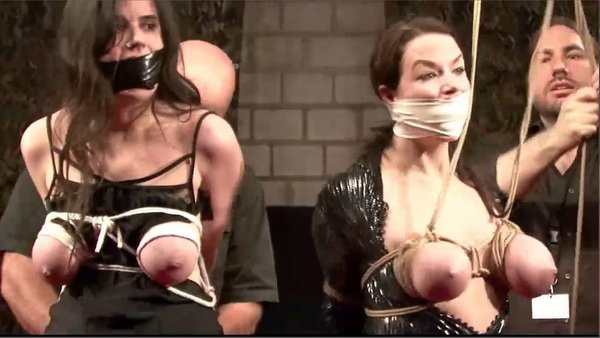 This fan shoot was the last day of Boundcon in 2014. A German model by the name of Raven C and I are tied up by Jim Hunter and Tony. We get strappados and then hogties and a few different gags under those horrible lights. I really enjoyed this. It is much easier for me to get tied up in front of a crowd as opposed to doing the tying and those were my kind of ties!