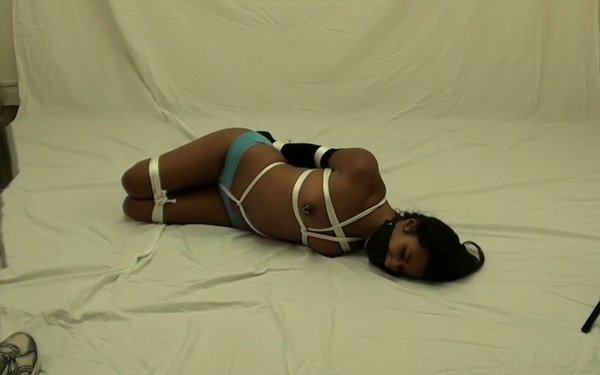 The exquiste Drea Morgan gets Tied in Heels! Drea shows off her beautiful, tight, sexy tanned body as she is put through her paces…first, Drea is tied into a strict strappado and ballgagged…then poor Drea is taken to the floor where she struggles mightly for her freedom but it is no use…she is strap gagged and tightly hogtied…this was shot a few years ago, remastered in FULL HD!