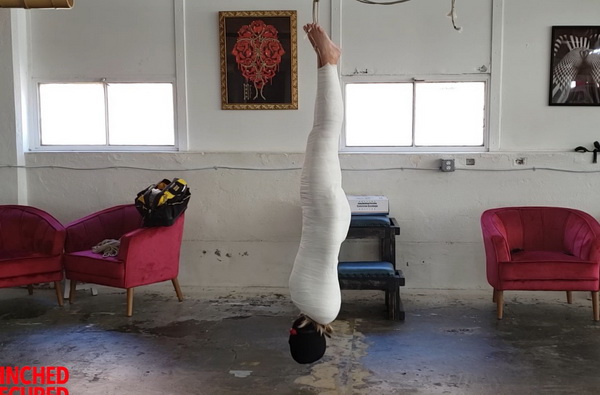 When I rented a space for a spooky party, I really wanted Dakkota’s opinion of the space. Not only was she very dismissive of it, she was convinced I could not do anything to make it more spooky for the party. How wrong she was! EVERY spooky party needs a mummy, and Dakkota fit the bill perfectly! Heavily gagged and wrapped from her shoulders to her bare feet, she groaned and “mmmppphed”, thrashing about in a useless effort to free herself as she fumed at having been turned into a mere decoration for the delight of my guests! Of course, had she known what was in store, she really would have struggled, but soon she was placed into the final position as a living party favor: mummified, gagged, and hung upside down from the ceiling! Of course, since it was to be a costume party, I simply had to disguise her identity with a tight spandex hood! Now, mewling pitifully and she swung to and fro, her cocoon twisting as she struggled, she can only hope that I did not forget to bring the pinata! 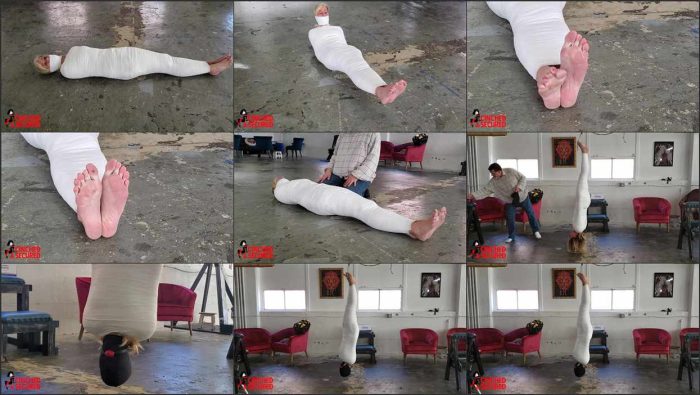