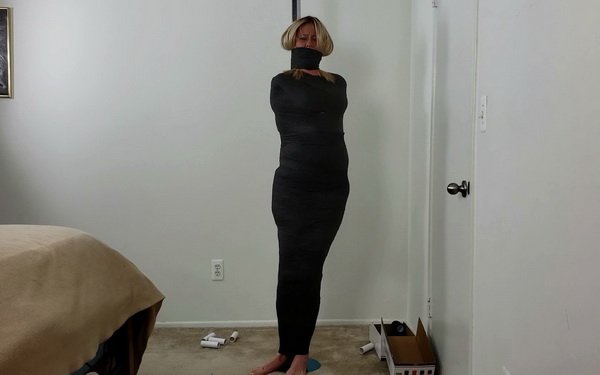 Jane was out for her morning jog, lost in her own world, and now she’s lost to THIS world! The creepy neighbor who watched her like a hawk each day, drooling over her body and all the things he wanted to do to it, made his move and caught the blonde totally by surprise! Now, she’s bound and gagged in his bedroom, firmly stuck to a sturdy pole. No matter how much she struggled and pulled against her bonds, she was unable to do little more than spin helplessly around the pole that held her fast to the spot. When the neighbor returned, she begged to be set free, drool pouring out of her mouth and spilling down the bra that barely covered her huge tits, but he ignored her gurgling groans and began to mummify the poor girl! She grew more and more despondent s the wrappings slowly covered more and more of her body, and by the time her head was sealed and affixed to the pole, the chance for escape has well and truly been removed. Now, the frightened girl could only wait in darkness to see what happened next! 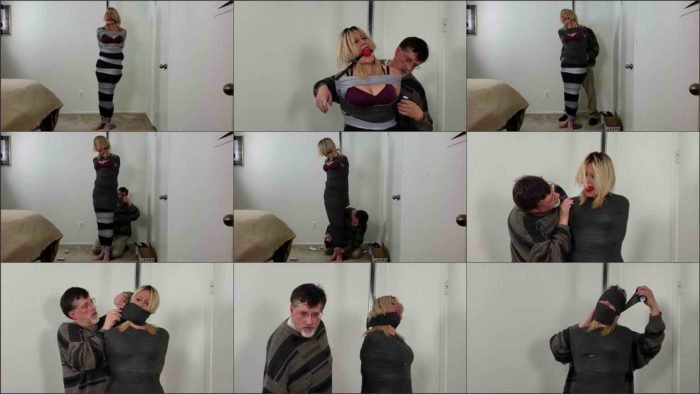 Cinched and Secured Riley Rose Hogtied – Be Our Guest