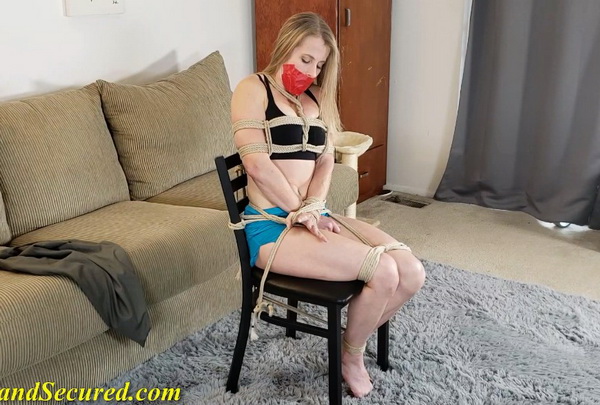 Fitness model Claire Irons had a big competition to attend, but someone had other plans! A strange man, Knowing that if Claire showed up at the contest, his girlfriend would lose, snatched her away from her home and spirited her to a secret location. Bound to a chair, tape gagged, she struggled to free herself as the man explained that she’d be missing the contest, AND that her career as a fitness model was soon to become a thing of the past, thanks to an evil physical trainer who would be arriving shortly! Left bound and gagged with her breasts exposed, Claire struggled in vain until the man arrived. He began wrapping her from head to toe with cloth bandages that had been soaked in a strange solution. As the wrappings crept up her body, the trainer explained that the solution would soak into her pores and enter her bloodstream, causing a change on a molecular level that would erase all muscle tone and definition, and turn her bones into jelly!! Grunting and murmuring for help through her packed and sealed mouth, she struggled as the serum took effect. Soon, it was easy for the trainer to hogtie and gag the pretty blonde, who was by now as weak as a kitten and unable to resist in any fashion! She could barely move in the tight ropes, and could only watch in resignation as her initial captor returned, bundling her off to become his personal toy! 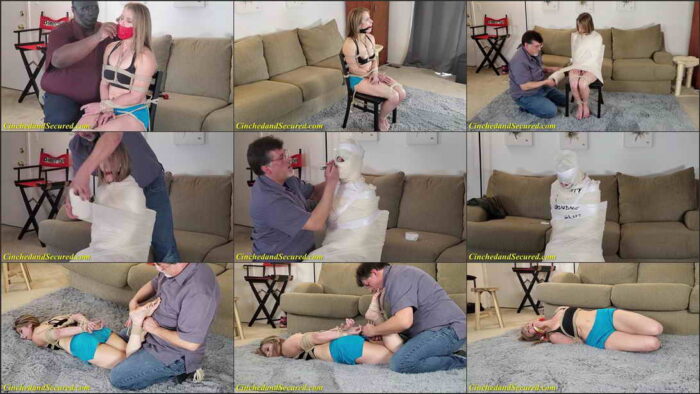