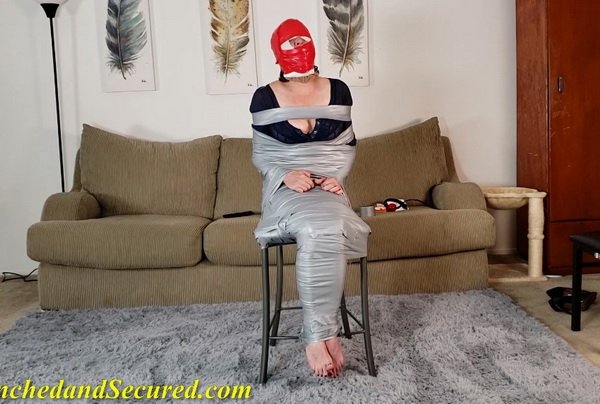 Genevieve has a problem….well, several, actually! She has a serious lotto addiction, so much so that she could not resist stealing the winning ticket of her friend. To teach her a lesson, he fused her tightly to a chair with a seemingly endless amount of tape, and no amount of struggling would set her free! She protested and called for help, but the fat ball in her mouth allowed very little sound, if any, to escape, although the drool seemed to find its way out, seeping down her chin and slowly dripping down the cocoon of tape that held her prisoner. When her friend returned, he revealed his plan: that night’s lotto drawing was just about to start, and Gen would stay bound and gagged for a number of hours equal to the power ball drawn that eve! As she watched the drawing in misery, the fateful number was called, and she moaned as she realized she’d be spending dozens of hours taped to this chair! Before leaving, her friend gagged her VERY severely, stuffing her mouth, pulling a tight pantyhose hood over her face, cleave gagging her painfully with electrical tape, and finally wrapping her entire head in medical bandages, before finally encasing her head in tape! Now, guaranteed to remain silent, moaning and straining against her bondage, she hoped her friend was only joking when he said he’d be leaving….but the sound of the closing door left her in doubt! 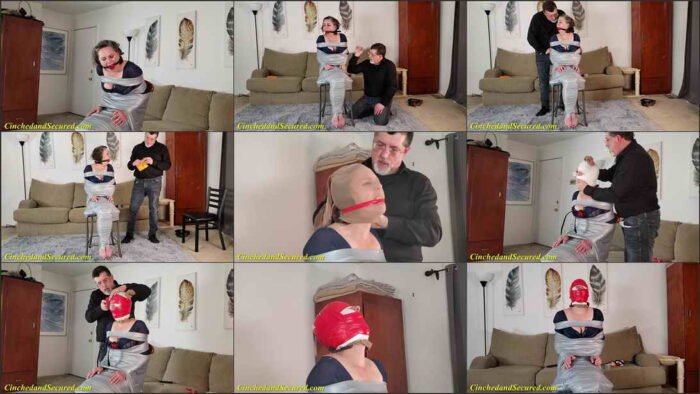