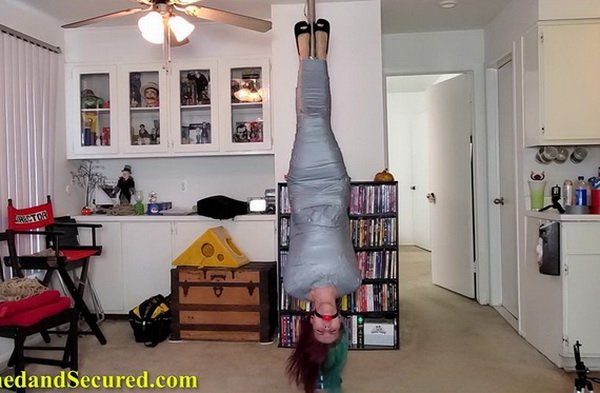 Poor little Rosie! She’s the latest victim of the bondage burglar, and now she’s been reduced to a tight little tape gagged package, unable to escape! Or can she? Despite the tightness of her mummification, she begins a slow and exhausting process of inch-worming her way to an escape! Slowly, she manages to crawl out of the bedroom, past the kitchen and toward her front door, every inch of progress accompanied by grunts, groans and increasing exhaustion! Just as she makes it to the door, the burglar returns and hauls the poor girl away by her feet! She made a big mistake in trying to escape, because now the crazy burglar has her suspended upside down, taped to a stripper pole, her body hovering inverted above the ground as she wiggles and screams for help! The burglar leaves her there, her pulse pounding in her head, as her panic grows. After all, if she almost escaped once, she certainly doesn’t need his help this time either! 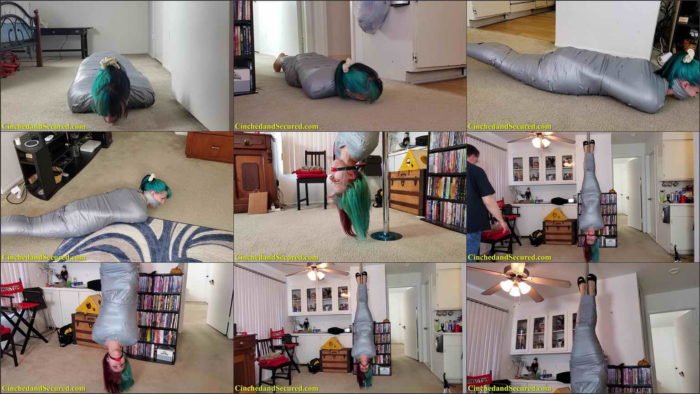 Cinched and Secured Rosie’s Mummifird by the Marauder!