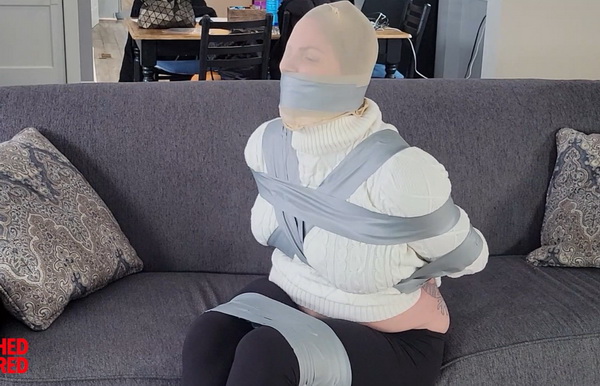 Ava was spending a quiet night at home reading about a series of crimes in which a burglar had been binding, gagging and absconding with several neighborhood women! Well, Ava did not know it, but her night was about to get MUCH quieter, as the burglar made her the latest in the series of disappearances! He clamped a rag over her face to stifle her screams, and taped her body up until she could only thrash and flop like a fish in a desperate effort to get free! Her ability to call for help was ended when the man stuffed her mouth with an old rag and wrapped her face over and over with tape, sealing the mass in place and leaving her with a sticky band of grey that completely eradicated any chance of attracting attention to herself! As she struggled, her tormentor returned to increase her fearful struggles by pulling a nylon hood over her head and taping it in place, leaving her vision impaired and reducing her already muted voice to inaudibility! All that was left was for her to be encased in a nylon sack for transport, and just like that, Ava was never seen again! 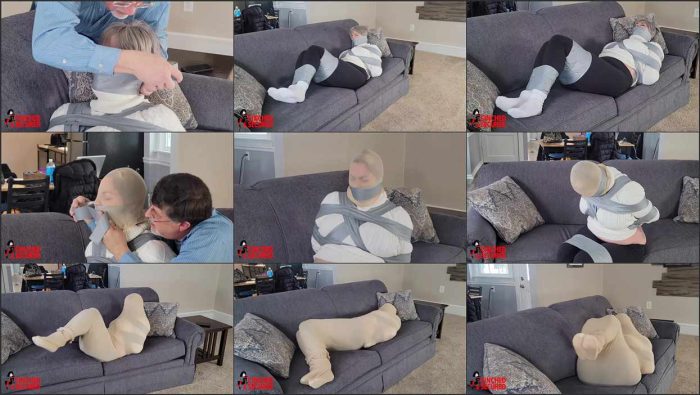 Simone – The Ties That Bind! Cinched and Secured