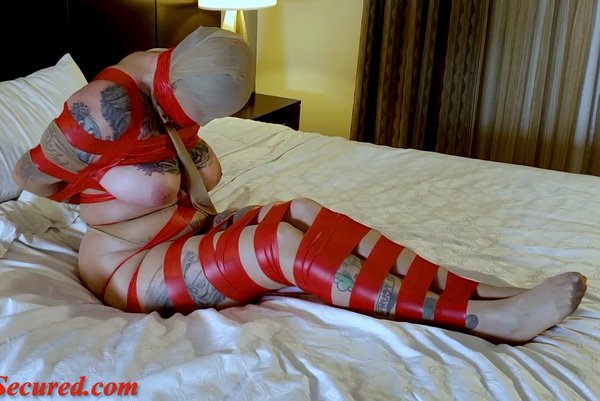 Ava was spending the holidays alone and far from home, so she decided the perfect bit of self-pampering would involve her naked body, several pairs of nylons, and her favorite vibrator. Her body clad in several pair of the hose, her body hugged and caressed by the soft material, she switched the vibrator on and began to please herself, exploding in several intense climaxes. So great was her pleasure that she didn’t notice that she was definitely NOT lone until the man clamped a hand over her mouth, surprising her and silencing her in one swift motion! Before she could stop him, she found herself tightly packaged in tape, staring in disbelief at the huge sponge the man held in his hand! Surely he didn’t expect to stuff that in her mouth? The man not only expected it, he accomplished it, and Ava’s last chance at a plea for help was swallowed by the massive packing wedged in her mouth! Now the man removed yet another pair of nylons, pulled them over the struggling girl’s head, and wrapped tape around her mouth to ensure she could not expel the giant mass that was swiftly drying out her mouth as it rendered her nearly mute! Satisfied that she was truly helpless, the man settled back to watch her struggles. Ava fought as best she could, all the while wondering what would happen when the man grew tired of just watching! 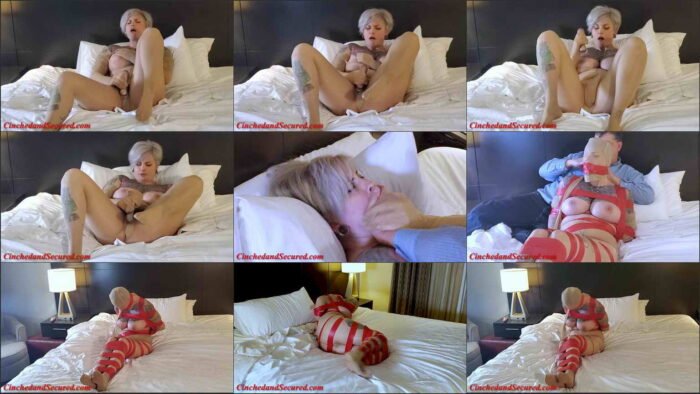