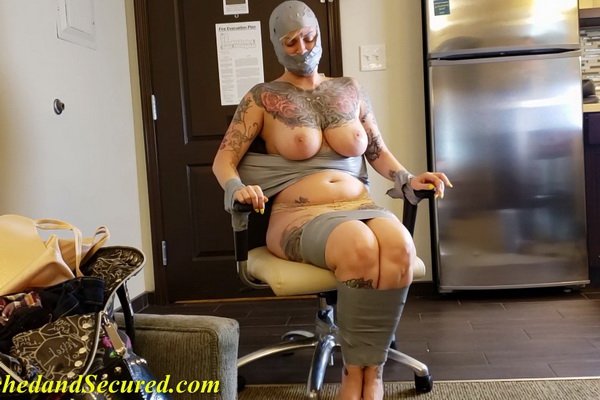 Ava Minx has a MAGNIFICENT set of all natural breasts, the kind you just want to fondle and suck all day and night! Too bad for her that her captor feels the same way! That’s why he made sure to keep them exposed and accessible when he taped her tightly to the chair in her hotel room, gluing her wrists to the arm of the chair and sealing her beautiful head in tape and bandages until only her eyes and nose peeked out! Now she certainly can’t call for help, nor can she grab the scissors her assailant left so tantalizingly close to her! In her struggles, Ava discovers the one mistake her captor made! The chair is on rollers, and she manages to scoot herself out of the bedroom and over to the door of the hotel room. Of course, she won’t be able to cover herself and preserve her modesty when she makes it into the hallway, but that’s the least of her worries right now! Soon, she realizes she need not worry about that at ALL, because she can’t raise her hands high enough to work the door knob! When her captor finds her so close to escape, he decides she cannot be left alone, and he wheels her slowly back into the bedroom, determined to give her plenty of “attention” and “distractions” for her troubles! 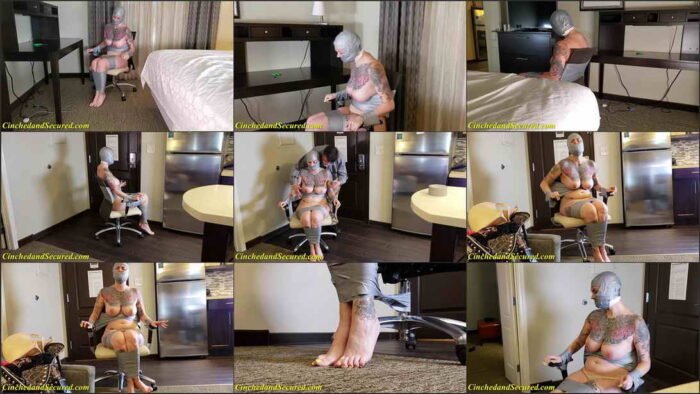