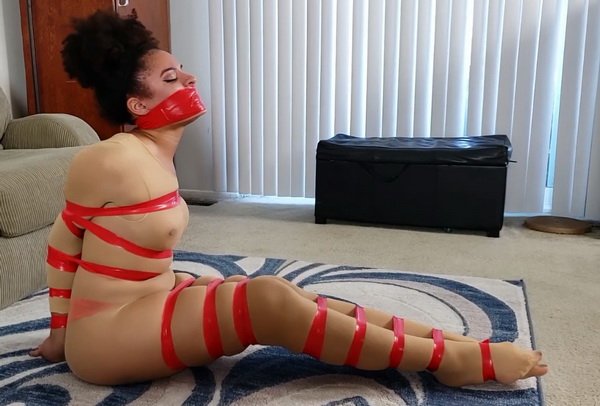 Three bound beauties in the toughest tape ties they have EVER been in! In fact, every one of these beauties had to tap out before they were released! First, African-American bombshell Jayda Blaze shows off her figure in a nylon encasement accented by bone-crushing bands of red tape, fusing her elbows together and locking them to her upper body so she can’t possibly remove the tight tape gag that keeps her grunting and groaning! Mystic Moon struggles in a sexy black nightgown and red tape that keep her limbs secured quite nicely, with no chance of escape (except for the drool collecting behind that fat ball gag, THAT manages to escape in a nice humiliating fashion)! Mystick was in genuine tears by the time this scene ended. Finally, Kristyna Dark is encased in a nylon bodysuit, mummified in clear tape, and left to endure the endless groping of her assailant! Worse, THIS tape contracts as it heats up! By the end, she’s in REAL trouble! 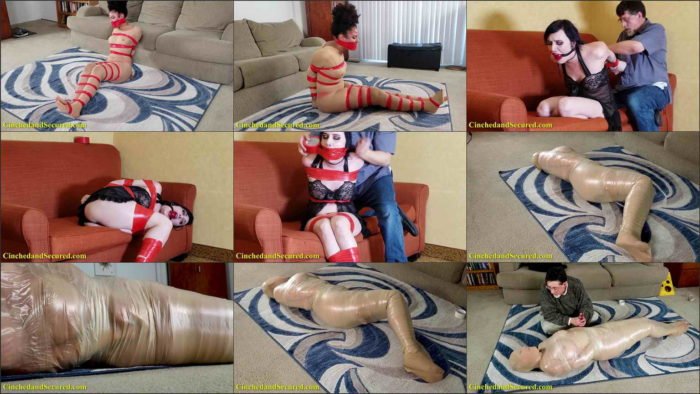