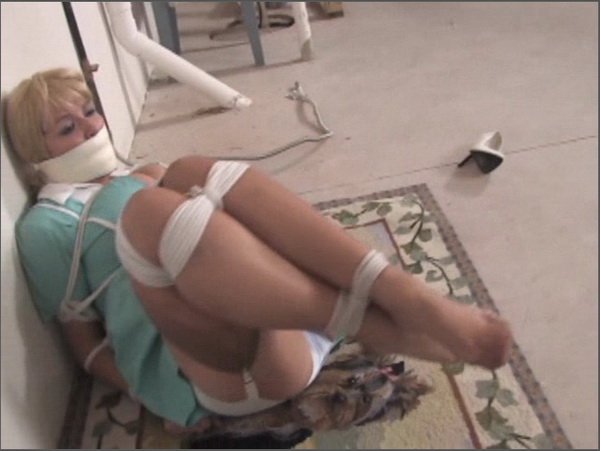 Curvy waitress JJ Plush has just got off work. She is waiting for her ride in the parking lot when a man drives up. He tells her that her boyfriend couldn’t pick her up and sent him instead. JJ believes him and gets inside. This turns out to be a very big mistake because sometime during the ride, JJ is ‘d. The video will resume with JJ asleep on the floor of a basement. As she slowly wakes up, she finds herself tied up in knots. When she tries calling out for help, the man who picked her up returns and stuffs her mouth with a scarf. He then wraps thick white tape tightly around her face to gag JJ.