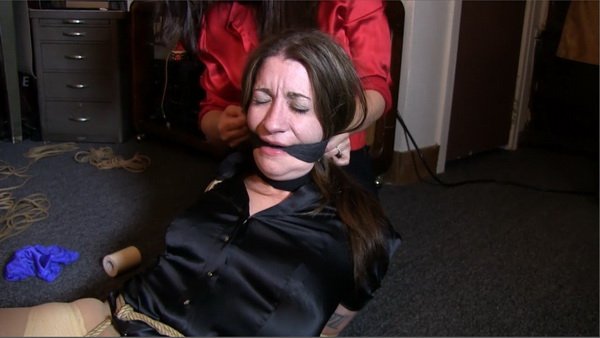 Constance is a big snoop. She is always going through JJs thing, as punishment she has to endure some tight bondage. JJ knows the bondage isn’t a punishment, the girl likes it but she doesn’t like the gags and she gets 3 tough ones. Constance is ballgagged and all tied up, later she gets wrap over that ballgag and then she gets a pair of thongs and then a cleave that bites into the sides of her mouth. Her gag problems aren’t over yet- she gets her scarf and then tight microfoam. Then she is hogtied and left there by JJ until another office mate comes in and asks her if she was caught snooping yet again. [borntobebound] Let me go! I promise I was going to go away from it tonight! Gigi submissive