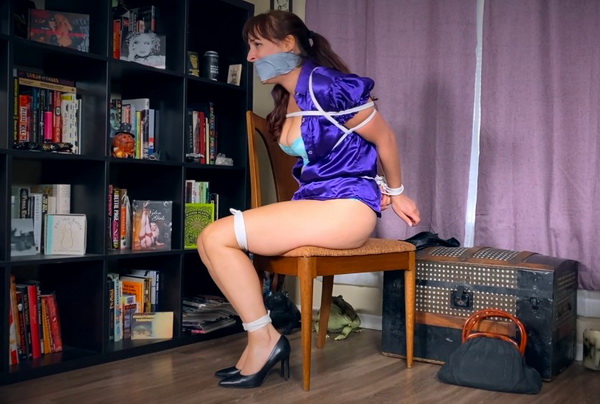 Karly is needs to rehearse for an upcoming film, and asks Nyxon to help her. It’s a crime thriller, and Karly really wants to do some rehearsing while she’s tied up. The scene starts with Karly’s upper body already tied & both ladies walking into the room. Nyxon tells her that the script is a little vague, so she’ll just improvise a bit. Nyxon takes some panties out of her bag, and shoves them into Karly’s mouth. She takes some tape & wraps it around her head sealing the panties in good. Nyxon glances at the script again & comments how it says that Karly’s tied up in just her bra & panties. She unbuttons Karly’s blouse, and removes her skirt. Next, she adds a tight crotch rope & finally some rope around her ankles and knees. After Nyxon finishes her tie on Karly, she tells her to go ahead & struggle for her director. 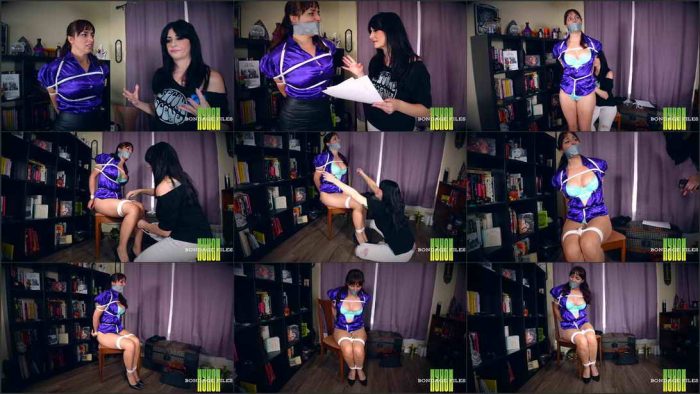