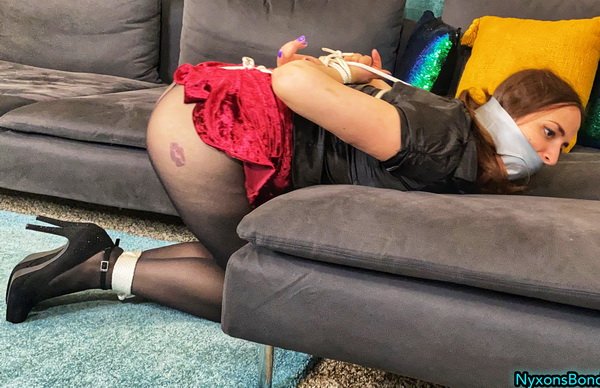 Nyxon walks into the office break room with Karly, whose arms are tied in a tight box tie.
Nyxon- “Are you sure about this?”
Karly- “Totally. I disabled the cameras & left the safe open. You take the money & leave me here tied up & I’ll claim the company was robbed. We’ll split the money later. By the way, these ropes are a little tighter than I expected.”
Nyxon- “You want it to be convincing, right?”
Karly- “Point taken.”
Nyxon- You should be gagged to really sell it.”
Karly- I don’t think that’s necessary.”
Nyxon- “I do.”
Then, Nyxon removes Karly’s panties & shoves them into her mouth. Then, she pulls out a roll of duct tape, and wraps it around Karly’s head, making sure the panties are secure in her mouth. She pulls Karly’s skirt up & ties a crotch rope much to Karly’s surprise. She has Karly sit on the desk & ties her ankles and knees.
Nyxon- “There, that should be convincing enough. So, I’m going to empty the safe now. By the way, I may have recorded our earlier conversation where you planned all this & I may be sending it to your boss right before I leave the country tonight. Nice knowing you Karly.” 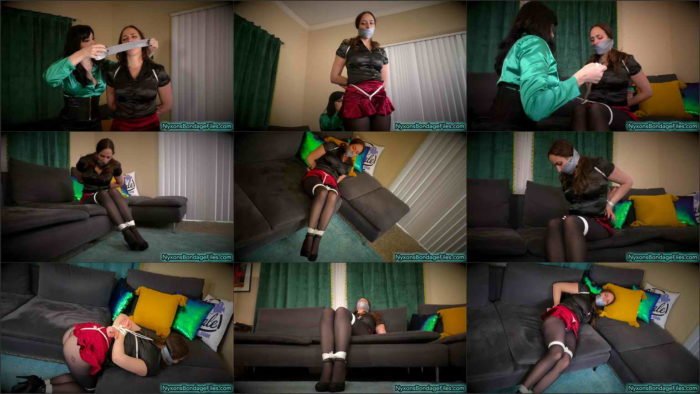