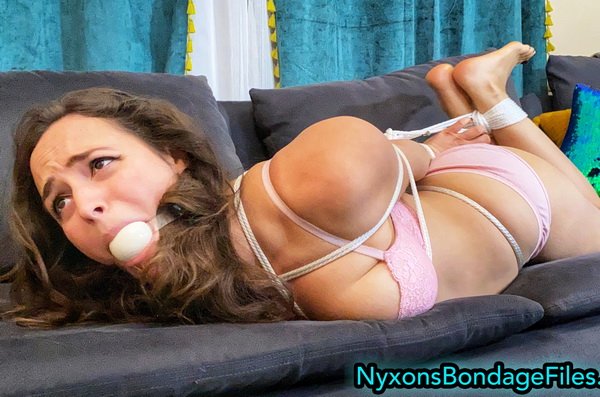 Nyxon walks Karly into the living room. Karly’s wrists are tied behind her back and a strip of tape gags her. Nyxon has one hand on her arm as she forces her to walk to the couch. Nyxon spins Karly around and looks her over, disgust in her face. Karly struggles and protests. There’s a bunch of rope on the couch. Nyxon spins Karly around as she looks her over.
Nyxon: “So you work for Hooters? Maybe not so much when I get done”.
Nyxon picks up her phone and snaps several photos of Karly. After a few seconds, Nyxon pushes Karly onto the couch. She bends over and forcefully takes off Karly’s socks, tossing them away.
Nyxon: “Stand back up”.
Karly refuses. Nyxon grabs her by the arm and forces her to.
Nyxon: “I said Stand UP!”… 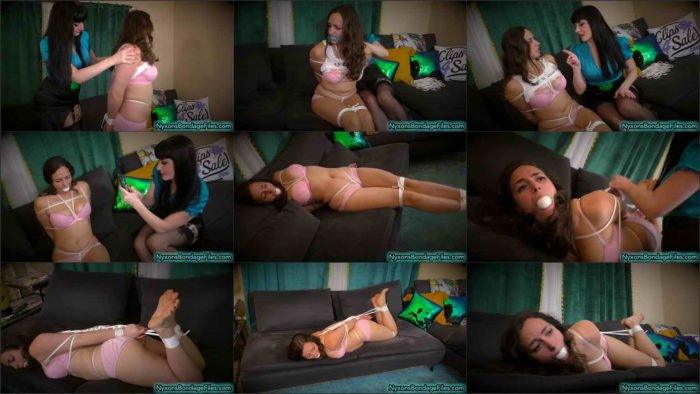