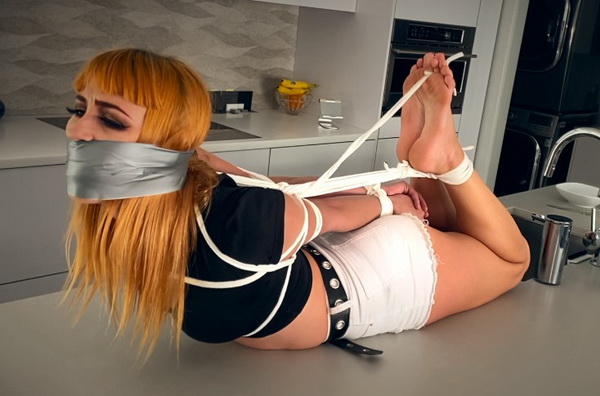 Summer Marshall met a nice couple while working in a restaurant, and they asked her to house sit for them while they’re out of town. Little did Summer know that the couple were actually a pair of notorious spies, and that rival spy Nyxon needed to get some codes from them. Nyxon shows up at the house while Summer is making a pizza, and places her into a tight hogtie on top of the counter. She questions Summer about the top secret codes, but of course Summer doesn’t know anything. Frustrated, Nyxon goes into the master bedroom & rummages through the laundry to find a pair of used panties. She stuffs them into Summer’s mouth & seals them in by wrapping duct tape around her head. Finally, Nyxon searches through the rest of the house while Summer struggles on the countertop. 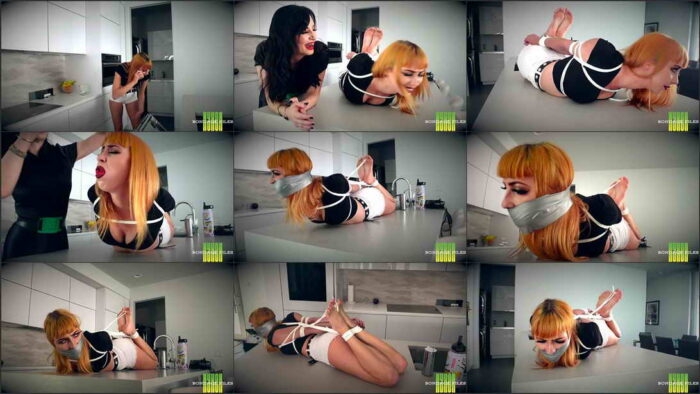 Nyxon & Lilith Lewd… Not That Kind Of Model, nyxonsbondagefiles