Home » Bondage M/F » Kendra Lynn gndbondage – Walking into a break in! The burglar tied me up! 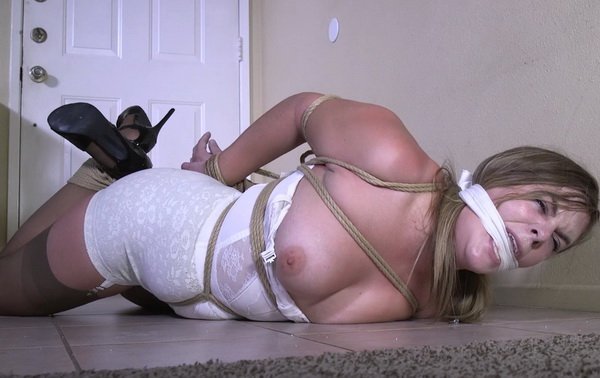 Kendra went next door to see her neighbor. When she got there, she found the front door ajar. She pushed the door open and called out for her neighbor. No one answered. So she went inside to check on his welfare. She found the place ransacked. She realized the place had been burglarized and started to walk out so she could call the authorities. But the burglar was still there and he grabbed her. The next thing she knew, Kendra was stripped down to her bra and girdle, an then tied up and gagged. She struggled hard to get loose. But, the rope was tied very tight. Later the bad guy came back and caught her trying to get to the front door. So he hogtied her and pulled her tits out of her bra. He also tied a piece of rope tight between her legs. And, since Kendra was not wearing panties, the rope was pulled deep up into her pussy. 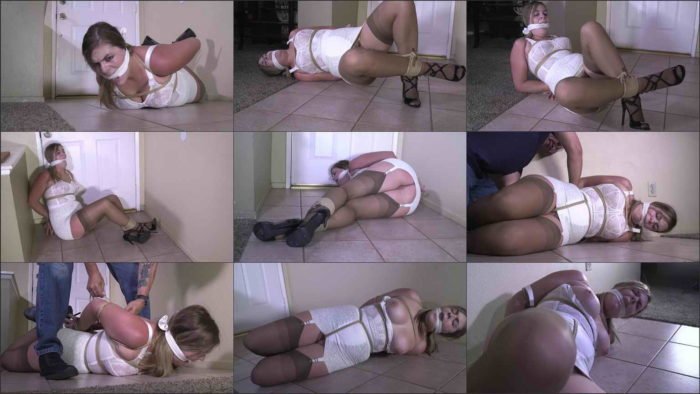 Kendra Lynn bound and gagged on her kitchen floor

In school, did you ever think about tying up and gagging your full figured Teacher Joyful Girl

Kendra Lynn need to be tied tight, gagged, bent over and fucked

Sahrye Likes being tied up, Of course I take dictation! I can do it with my hands tied behind my back!