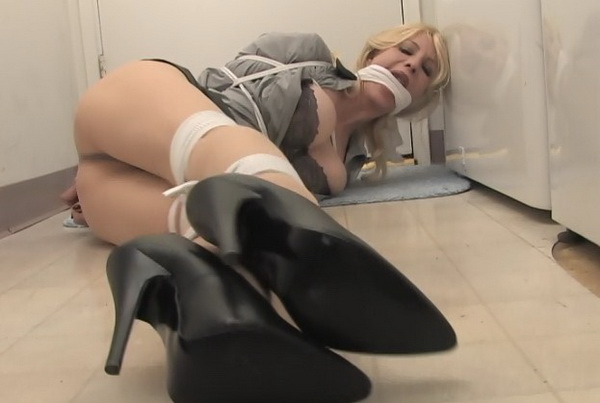 Nosy Detective Eden Wells tied up mouth stuffed and stashed in the laundry room. When Detective Eden Wells came snooping around his place, he knew she was on to him. Knowing he needed to figure a way to get rid of her, he allowed her in so she could ask him some questions. The video continues with a cell phone ringing. The man answers and finds out the caller is a co-worker of Detective Wells. He tells the caller that Eden had come by earlier but had left. However, the man is not actually telling the truth as a nearby door opens and reveals Eden bound and gagged in the laundry room. After the man hangs up, he realizes that sooner or later someone is going to come looking for the missing detective… 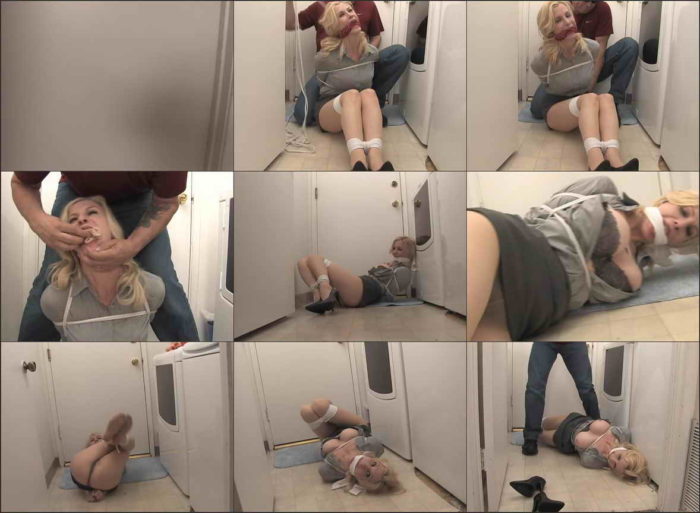 Paisley Toronto struggle hogtied and gagged – You cannot just barge in here and tie me up!