Home » Bondage M/F » Enchantress Sahrye & Pepper Sterling – What have you gotten us into Sahrye! 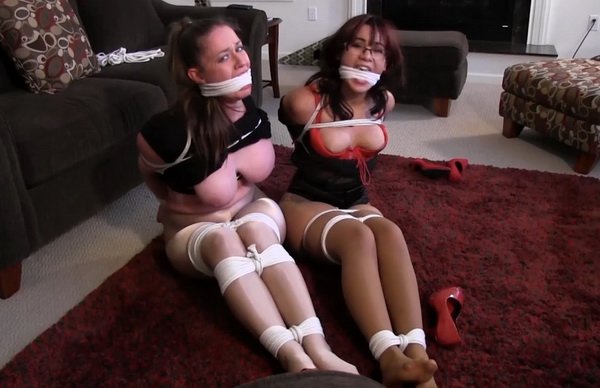 Sahrye is an actress working a role she has to play in an upcoming movie. But to rehearse for this, she needs the help of 2 friends. So she invites her friend Pepper over. She tells Pepper that she(Sahrye) is playing the role of some Law Enforcement character who discovers a tied up and gagged victim, and asks Pepper if she would be willing to be tied up by Sahrye to simulate the character. Although Pepper trusts Sahrye, she only reluctantly agrees to do this. So a short time later, Sahrye has her tied up tight with rope and gagged with her mouth stuffed and taped. Sahrye tells Pepper to struggle and pretend she is a damsel in distress trying to get away or call for someone to help her. As she does this, Sahrye picks up her cell phone to call another friend to help her with the next part. A short time later, Sahrye’s boyfriend arrives. In this next part Sahrye explains to him and Pepper, that she comes in to find Pepper bound and gagged… 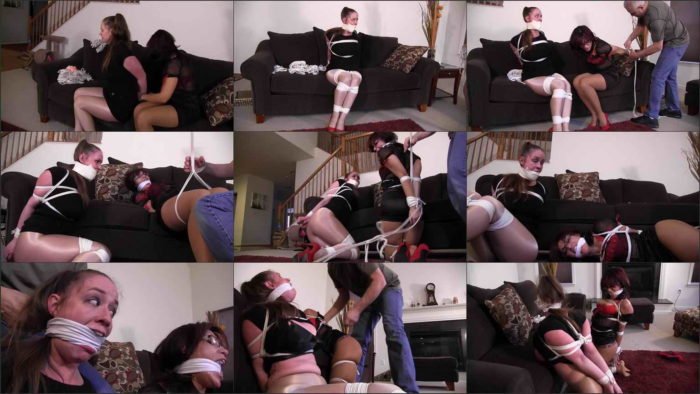 Sahrye Likes being tied up, Of course I take dictation! I can do it with my hands tied behind my back!

Enchantress Sahrye tied up with rope and gagged