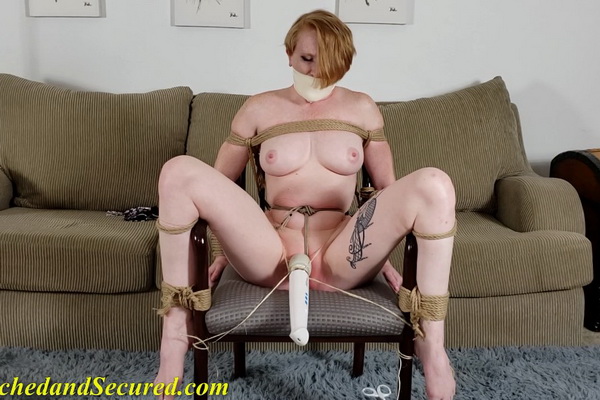 Izzebella was looking forward to a nice relaxing day at the beach, but things did not work out as planned. Seems she had been having a series of wild, noisy parties lately, much to the consternation of her neighbor. She’d refused all of his requests to tone down the noise, so today, she’s going to be the guest of honor at a little party of his own! Grabbed from behind, his hand clamped tightly over her mouth, she was rendered powerless to prevent him from tying her to a chair, her legs pulled high in the air and spread wide, her modesty preserved only by her sexy (and skimpy) bikini! Now, with her mouth packed full and taped shut, she could only grunt in muffled protest as he slowly removed her top, exposing her gorgeous big natural tits, and slowly pulling her bottoms free, savoring her squeals of embarrassment, shock and pain as he slowly pulled the bottoms free. He tied a tight crotch rope, making sure the ropes bisected the lips of her sex, trapping her clit between them! Her real cause for concern came when he pulled out a vibrator and began working over her very sensitive pussy! Moaning in agony at her humiliation, her body betraying her as she came again and again, her eyes reveled her hatred for the man and the way he played her young body like a violin. The final icing on the cake came when her neighbor explained the details of the party he had planned: just Izzebella and a BUNCH of very horny men, all instructed to use her as they saw fit!! The man tied the vibrator in place, switched it on high, and left her squirming and begging for mercy! Her pussy swollen and over stimulated, each new orgasm was agonizing, but not as agonizing as the things her party guests had planned for her! 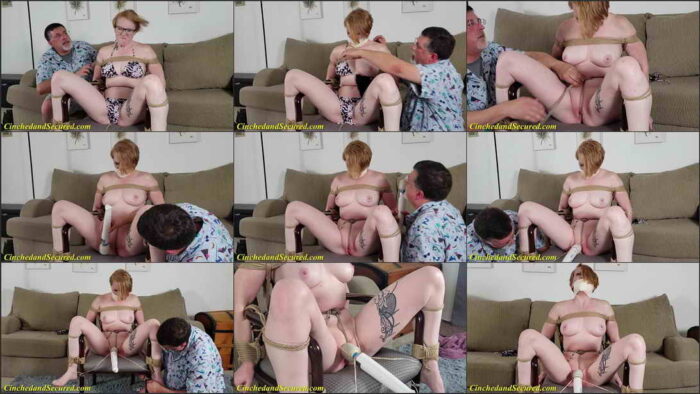 Dahlia Lark Bondage – The Egg and I, Cinched and Secured