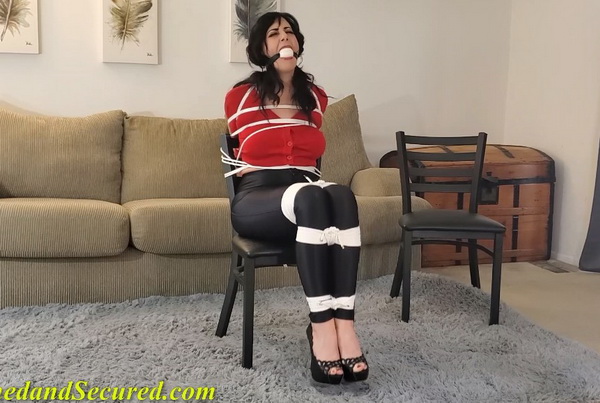 Nyxon is having an awful night! Caught by a big, burly burglar while waiting for her boyfriend to return home, she suffers the indignity of having very tight ropes wrapped around her sexy body to keep her still and helpless! She knows how good she looks in her sweater and tight leather pants, and she hopes the burglar won’t get any more funny ideas before rescue arrives! To ensure she stays quiet, her straps a fat white ball gag into her mouth, cutting off her protests and leaving her unable to do more than grunt and issued muffled, waffling pleas, all of which are utterly ignored! Finally, her boyfriend arrives, long after the burglar is gone, and when he finds her tied to the chair, he assumes she wants to play kinky games! He removes the gag and is immediately subjected to a torrent of insults and complaints, so he decides that not only will he not untie her, he’ll shut that mouth up again by jamming the ball gag back in place! To give her a little taste of the humiliation she is so fond of heaping upon him, he unbuttons her sweater to expose her giant tits! Maybe a night in a cold living room, topless and bound, will change her tune! 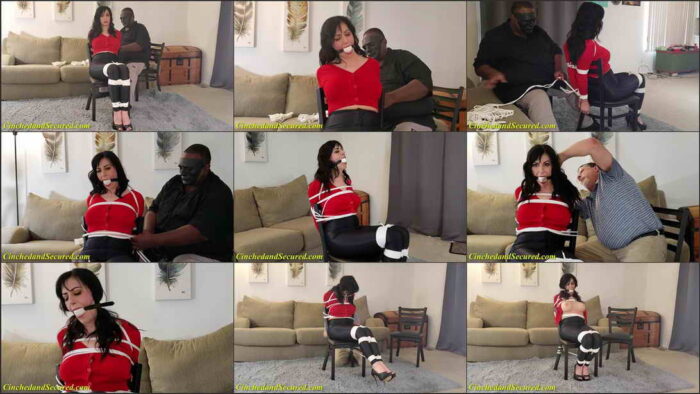