Home » Bondage M/F » Emi gndbondage – Better not let anyone find out I have you tied up! 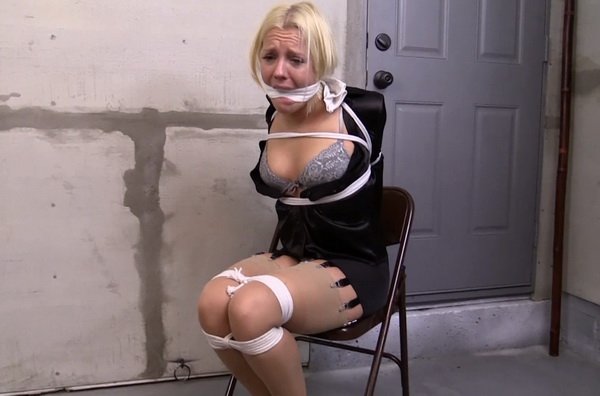 Emi has the bad habit of sneaking into her neighbor’ homes and seeing what they have. On occasion, she even takes things. Today she has broken into her next-door neighbor’s house and while looking around, she found that the lady of the house has some very interesting wardrobe. Before taking some of it, Emi decides to try things on. Unfortunately for her, the man of the house comes home and catches her. Rather than reporting her to the authorities, he ties Emi up in his garage. “You better let me go! My step-mother is right next door!” Emi threatens the man. But Emi is about to find out, she is messing with the wrong person. When she is left alone, Emi starts to holler out for her step-mother. This brings the man back with a pair of his wife’s panties that he roughly stuffs in Emi’s mouth. So, she cannot spit them out, he ties a rag tightly between her teeth and she now finds herself not only bound, but also gagged. She struggles hard to get loose. However, the man has only left alone long enough to go get some more rope. When he returns, he uses it to tie her tighter and more secure. Sometime later, Emi manages to get the wad of panties out of her mouth… 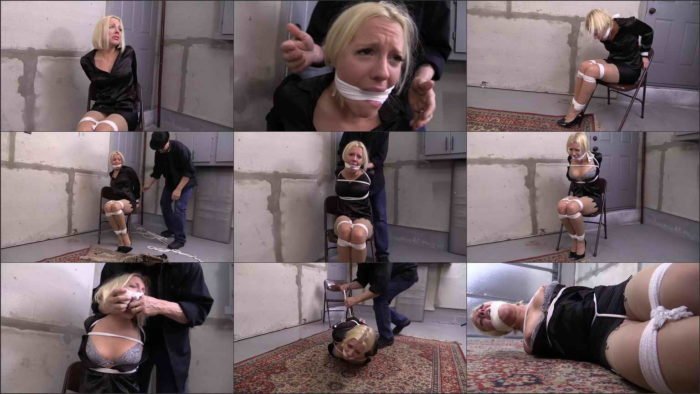