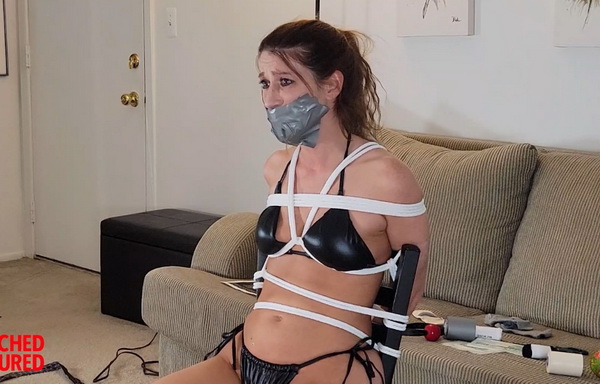 Constance needs money, and she needs it fast. She enlisted a friend to help her pull a prank on her family by tying her up and gagging her, then filming her so it will appear as though she has been abducted by a strange man who demands money for her safe return. The friend was only too happy to help, tightly binding and gagging her and filming her struggles for the scheme. Unfortunately, Constance feels that the footage isn’t going to be convincing enough. No worries, as her friend has another plan! Soon she finds herself bound tightly to a chair, and her friend rolls camera, gagging her over and over and over in a horribly brutal manner as he keeps demanding money for her safe release! Even worse, her friend ignores her requests to stop, always returning with yet another gag to shut her up! And when she learns he has NO intention of releasing her and that her ordeal is indeed real, she moans with dread! Her mouth and jaws aching from the cruel silencing gags, her eyes filled with despair, she now realizes: this was a TERRIBLE idea!! 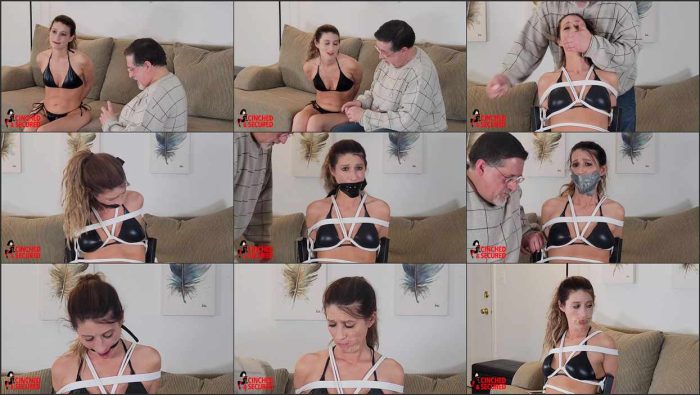 Jayda Blayze – Sticking Her Neck Out, Cinched and Secured

Kendra Lynn – Home Alone, Must Get to the Phone! Cinched and Secured