Home » Bondage M/F » Chrissy’s Marie Past Caught Up With Her! 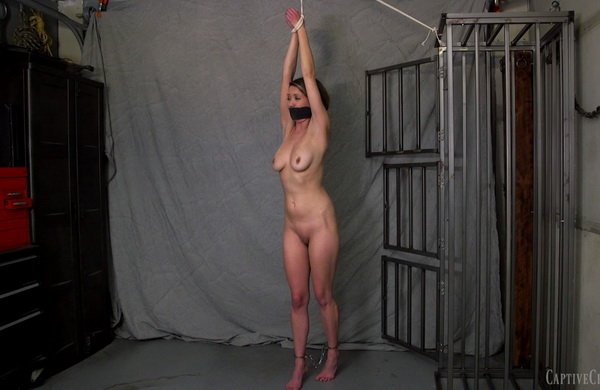 Chrissy Marie has a secret. Many years ago, while living on the East Coast, She had been charged and convicted of a crime she didn’t commit! Rather than face a long term behind bars, Chrissy skipped out on bail and headed to sunny California! There she established a new identity and became a successful model. Unfortunately for her, a ruthless bounty hunter is hot on her trail and has at last caught up to her! He has arrested her and put her in transport shackles and taken her to a concrete cell. Chrissy is not happy! Angry, anxious, and fearful, Chrissy has no choice but to comply with the evil Bounty Hunter’s demands. She is thoroughly strip searched then put in a cage for safekeeping until the next day when he will transport her back East. Chrissy defiantly protests that she has rights and can’t just leave her there for night while naked and caged! This pushes the Bounty Hunter to punish her with an even more demanding bound and gagged predicament! 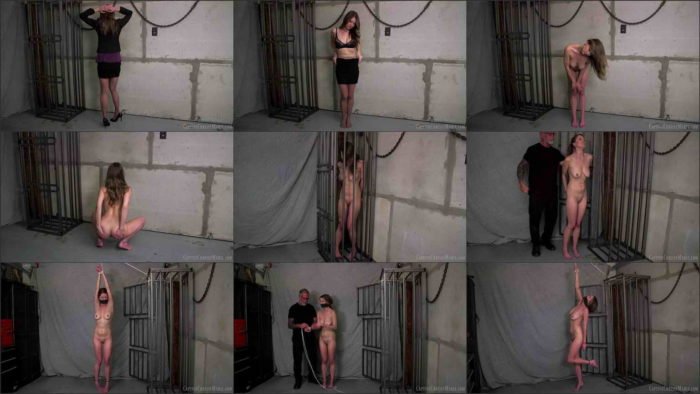