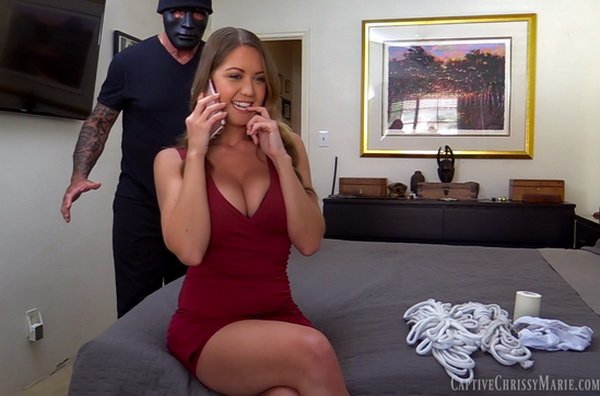 Chrissy Marie Roped By The Wrong Guy. Chrissy is in her bedroom wearing a sexy red dress. She is on the phone flirting with her boyfriend and tells him that she has a special surprise for him when he comes over. Chrissy is planning to play bondage games with him and has a huge pile of white rope and a roll of microfoam tape next to her. Unknown to Chrissy, a burglar has broken into her home and is standing right behind her. She tells her boyfriend she will see him in a few hours and as soon as she hangs up the phone the burglar grabs her and hand gags her from behind. Chrissy struggles and tries to scream but she can’t break free from his grasp as the scene fades out… 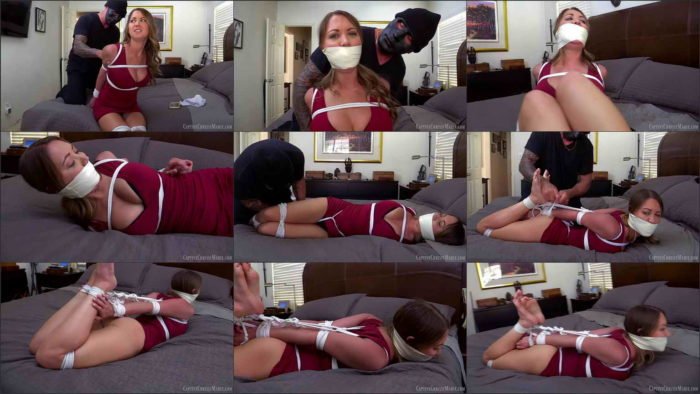 Chrissy Marie Tied Up Than Locked In That Creepy Closet

Hand Gagging, Panty Gagged, Up To Her Eyes In Bondage

Shiny Bound and Wrap Around Gag Slut For Sale