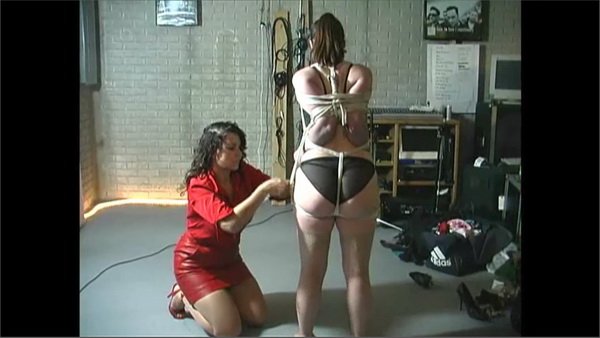 When the clip begins I gag Serene with a big red ballgag and then start roping up her rear end. Her arms have already been tied into a most uncomfortable but flattering position. Once the base rope has been added to the her butt and I pull it up to create a wedgie of sorts and then run it back around to create a crotch rope and then start to tie it off at the sides and back up to her waist, creating some nice butt bondage! Then I wrap a tight ace bandage around the middle of her butt, and pull her boobs out of her bra and add some electrical tape below and above the ace bandage. Then she poses for some photos. Lots of different angles on that tightly bound rear end! This was a custom clip. The pretty private detective, wasn’t being private enough with her detecting.