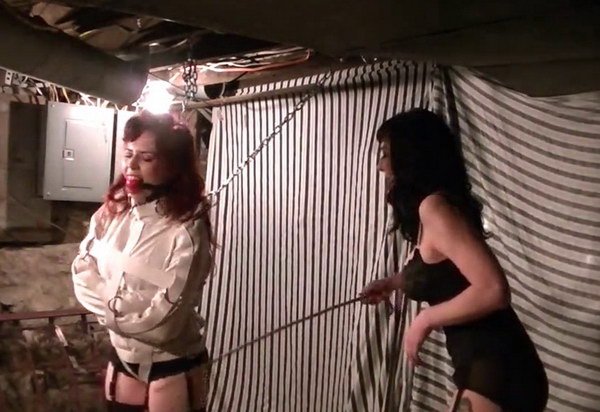 Nyxon has lured Ludella to a remote warehouse and imprisoned her in a tight canvas straitjacket <..> the client arrives and inspects the merchandise, but decides he’d rather have Nyxon under his control and grabs her. In part 2, Nyxon and Ludella both struggle vainly in straitjackets as the thier captor gags and spanks them. Nyxon hogtied and ballgagged on the bed