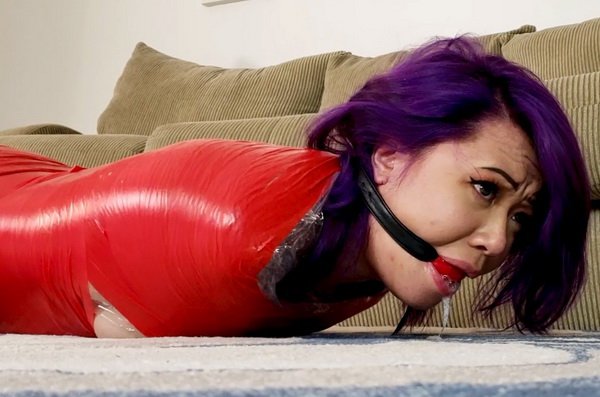 Katana had received a frantic call from her girlfriend who was desperately trying to warn her of something, but before she could get the words out, Katana was interrupted by a knock on the door. It seems a very persistent salesman was intent on demonstrating a new in-home spa treatment, and wasn’t about to take no for an answer. Before Katana knew what happened, she was stripped naked, bound in plastic wrap, ball-gagged and left watching in helpless terror as the sales man wrapped her body in a tight red cocoon, leaving her cute little boobies exposed! Now that she was utterly incapable of movement, she was left to drool and mewl as the salesman dragged her body about, tossing her onto the sofa, propping her up in a seated position on the floor (plenty or wrinkled sole close ups here) and finally leaving her face down and drooling into her carpet! Would she ever get out? One thing was for sure: the next time her friend wanted to give her a warning, Katana would listen! 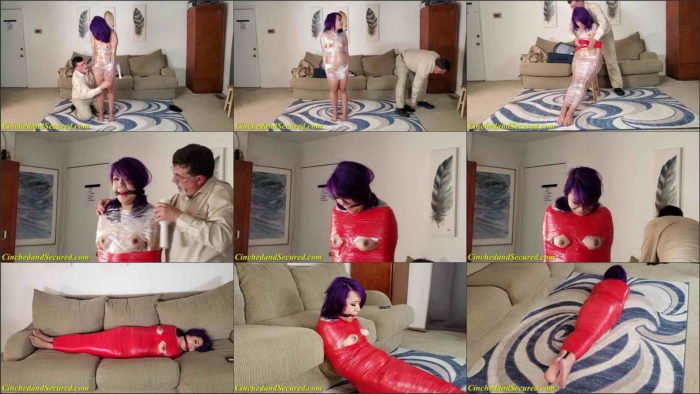