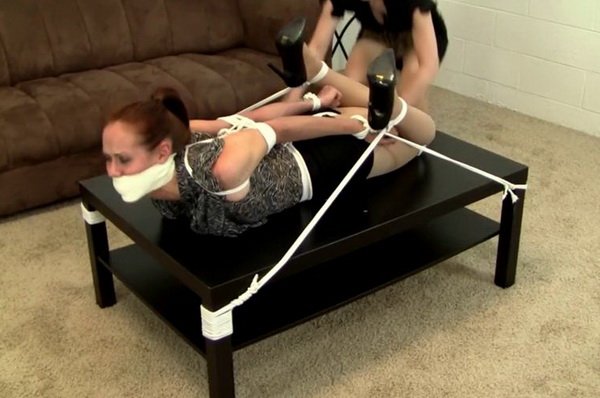 Serene is sitting in her living room with a bunch of rope. She yells for her roommate Madalynn to come into the room and join her so she can learn a little something kinky for her boyfriend Madalynn is game of course and Serene grabs some rope and starts rigging. Starting out with a rope around her waist Serene winds it through making it a crotch rope. With the initial rope in place and Madalynn not freaking out Serene goes for it and binds her elbows tightly next with the second rope. With that in place she grabs a white cloth and shoves it into her very surprised mouth taking microfoam and taping it in place. Now gagged Madalynn is laid down on the coffee table and her wrists are individually bound and pulled down to her sides…