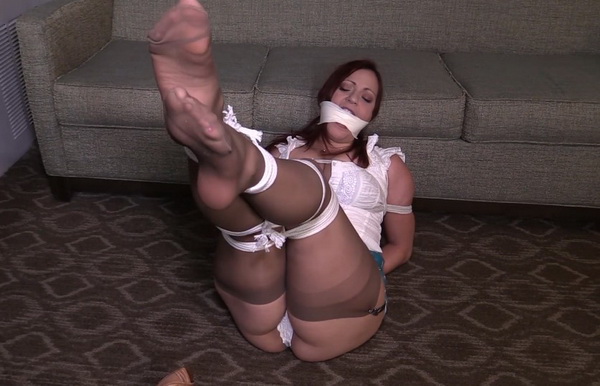 Vivian liked to be tied up. Today she was waiting for her boyfriend to come over when there was a knock at her door. Thinking it was the pizza delivery guy, she answered. The next thing she knew, Vivian found herself tied up and it wasn’t by her boyfriend. She had never been tied up by a stranger before and she had never been tied up so tight. She was scared of what was going to happen to her. But that is when she realized just how turned on she was. So, just before the man gagged her, Vivian told him that she wanted him to do naughty things to her. Now struggling bound and gagged, Vivian couldn’t do anything about her skirt rising up her hips to give the man a nice view of her pretty white lace panties. But that didn’t bother her at all. Because she was hoping that maybe he would stop thinking about robbing her and start thinking about pulling her panties down. 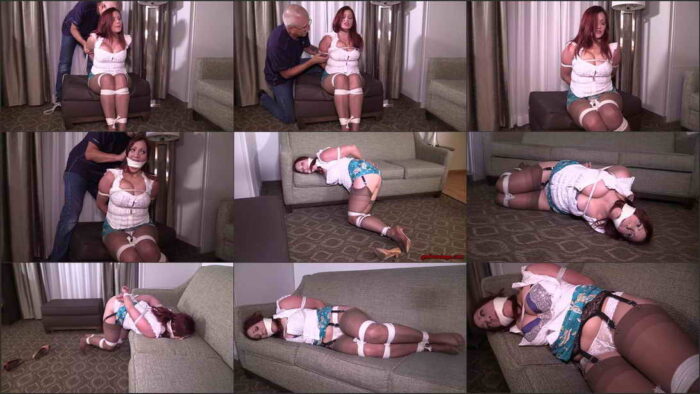 Lauren Phillips gndbondage – I’ll fuck my way tied up, to get that promotion

Terra Mizu – Are you really going to leave me bound and gagged like this! GNDB0533