Home » Bondage M/F » Lauren Phillips gndbondage – I’ll fuck my way tied up, to get that promotion 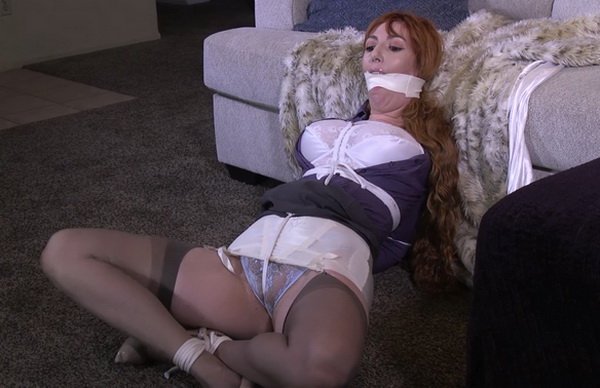 Lauren is trying to land a big promotion. But she knows the person who most likely get the job she wants is another secretary who she knows is, Fucking the Boss. Lauren will do anything it takes to get this job, but it is hard to come up with anything better than sex. But she thinks that maybe there is one thing he might go for. The video begins with Lauren inviting her boss over to discuss the promotion. She tells him that she knows about him and the other secretary having an affair. She then tells him that she is will to fuck him also, but adds that he can tie her up also. The boss is reluctant. But then Lauren brings out rope and tells to at least try it, no strings attached. Soon the boss has her all tied up and Lauren is very turned on. Then he gags her and this almost makes her have an orgasm right then and there. Lauren is left to struggle bound and gagged as the boss thinks things over. Liking what he see, he hogties Lauren with an added twist. A crotch rope. When he pulls out her big tits, the boss makes up his mind. If Lauren lets him fuck her like this every now and then, she can certainly have the promotion. 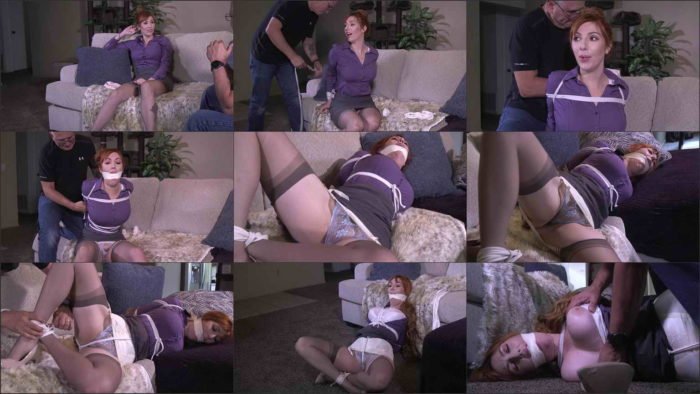 Christy Cutie tied up and gagged, stuff that gag back in mouth and do knotty things to me until

[olderwomentied] Look at you! All tied up and gagged! [Sahrye, tape gag, rope bondage]

Housewife Rachel Adams tied up, gagged and left stuffed in the attic