Home » Bondage M/F » Lauren Phillips tied up and gagged – You are going to have to fuck me! 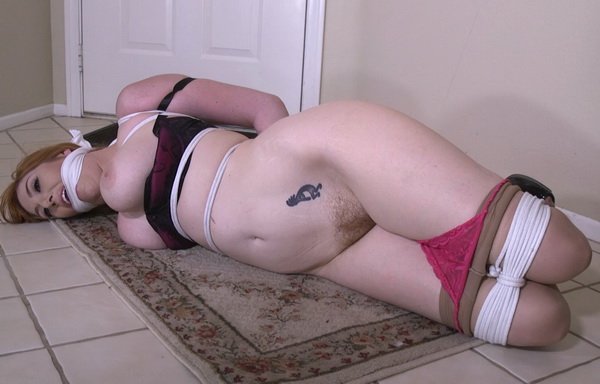 He is here to rob the place and has Lauren, the lady of the house all tied up and gagged. He needs the combination to the safe, but she refuses to give it up. The man haas threatened to do naughty things to Lauren if she doesn’t cooperate. Unknown to him, Lauren has a huge appetite for sex. In fact, being tied up like this has her very turned on. She would give him the combination, but first she wants him to have his way with her, “Several Times”! So she keeps giving the wrong numbers. Finally her plan works and the man strips her down to her underwear as a last warning. Lauren again gives him wrong numbers. So the man returns, bends her over a chair, and pulls her panties and pantyhose down. After he is done with her, he tells Lauren that he will be doing this again and again until she she gives in. He cannot see the smile on her face as she thinks of some new fake numbers give him. As Lauren lays there struggling bound and gagged with her tits out and her panties pulled down, she imagines doing this until she wears this guy out. Maybe he will decide to spend the rest of the night trying to get into her safe. 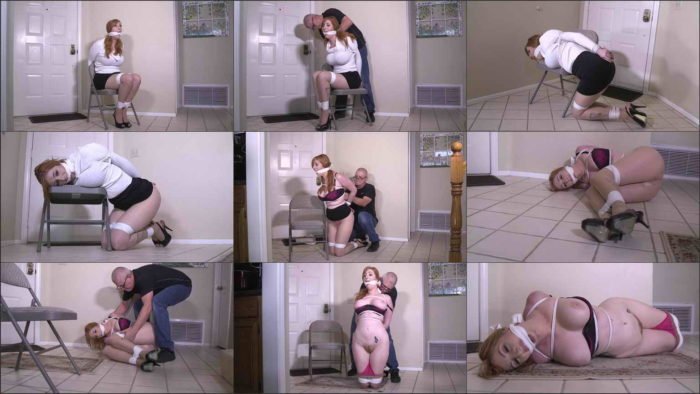 Carmen Valentina tied up and gagged! Now you better pull my panties down and fuck me!

[olderwomentied] Send the maintenance man to my room to tie me up and fuck me! [Adara Jordan, tied up]