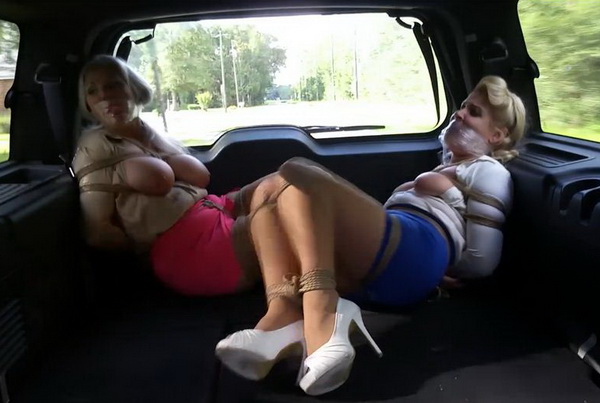 Sandra and Whitney’s boss had a lot of gambling debts, to the very wrong people. In way over his head, the only assets he had to trade were the two sexy ladies who made up his secretary team. The tied up and exposed duo is hopped to the SUV, each gagged on screen with mouthstuffing under pallet wrap, then bundled into the back for a trip to be delivered to the bookies! The gagged gals try to alert other cars on the road but no one seems to notice, or they just dont want to get involved. The girls struggle and roll around the cargo area, completely submissive to the inertia of every turn. Once to the hideout, each is pulled from the vehicle and carried over-the-shoulder int ot back door fo the building…They have a new boss now.