Home » Bondage F/M » Teased in a Box, Rubber-clad Elise Locks and Teases her Rubber Gimp in a Bondage Box, BondageLiberation 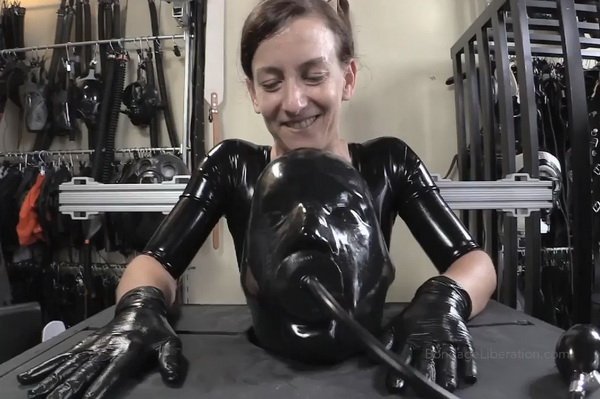 Wearing a rubber playsuit, Elise is feeling playful! Guiding her rubber gimp into a new piece of bondage gear – an open front wooden box – Elise begins locking his cuffed wrist and ankle chains to the box. Even before Elise slides the head-trapping wooden neck piece, the rubber gimp is trapped. With his neck secured, however, his head is fair game for play. Wearing an enclosed rubber hood, complete with a mouth-filling gag and nostril tubes, the rubber gimp is at the mercy of Elise. Curious as to whether her whole hand can fit in her gimp’s mouth, Elise begins to stretch it open first with her hand and later with an inflatable gag. Meanwhile, Elise attaches a hitachi to a receiving cup that connects to the gimp’s cock. After flipping the vibrator on, the rubber gimp now needs to pay attention not only to his breathing but also his dick. Elise has much fun playing with teasing her gimp’s level of arousal while strategically pinching off his access to air. Oh to be a rubber gimp locked in a box with Elise controlling both air and orgasm! 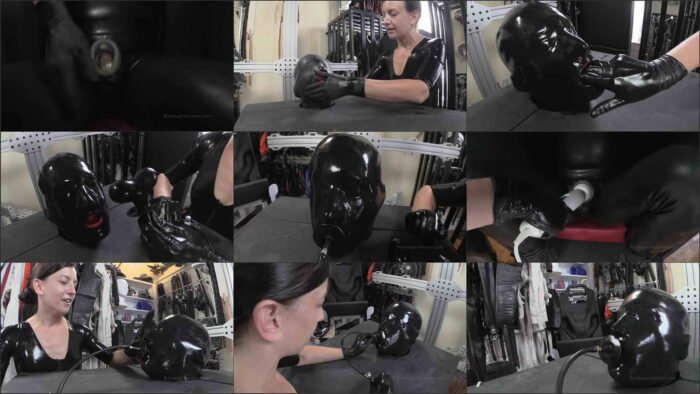 Gimpy, An Li and Elise Graves – What Else Could a Boy Want? BondageLiberation