Home » Bondage M/F » Tabitha and JJ Plush – Oh my gosh! What did he stuff in our mouths! gndbondage 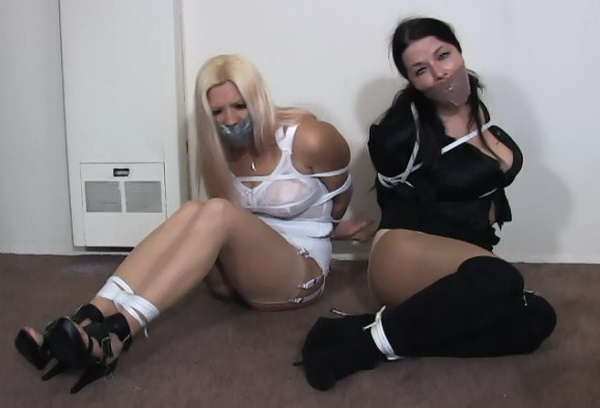 Tabitha shows up to pick JJ up for work. But when she knocks, no one answers. That is because a man has JJ tied up. As Tabitha walks in, he is stuffing and taping a pair of panties in JJ’s mouth to gag her. Tabitha looks through the house for her friend and believes that she hears her in a back room. She finds JJ all tied up and gagged and tries to untie her. But then she too is grabbed and to take off her skirt and blouse. When is dressed in only her underwear, she is tied up right next to JJ. The man then grabs her by her hair and her to open her mouth. Tabitha feels him stuffing some sort of cloth in her mouth and before she can spit it out, he seals her lips with tape. “What the fuck did he stuff in our mouths!” she tries to ask JJ as the man hogties them. He then leaves the girls to struggle hogtied and gagged on the floor as he robs JJ. Later he will return and pull JJ’s bra down. He will then untie hogtie her and make her stand up. Tabitha watches as he makes JJ hop away into one of the bedrooms. She will wonder what is going to happen to her. But when she hears her moaning, she will know exactly what he is doing and what will probably be happening to her too. 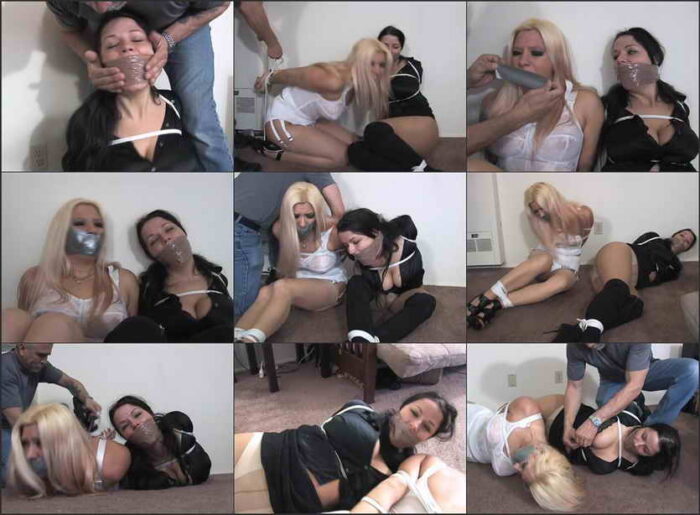 Mallory gndbondage – Lady of the house found hogtied on the couch

Enchantress Sahrye GNDB0416 – Tie me up and do whatever you want to me!