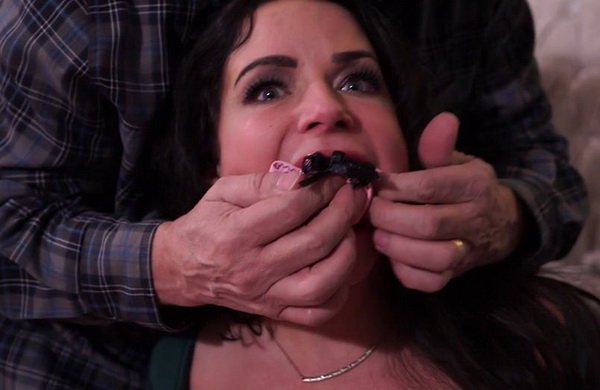 Two men are working at remodeling a house. All of a sudden, a lady escort named JJ Plush walks in and tells them that she is there to entertain them. JJ doesn’t know it yet, but she has come to the wrong location. Most likely because she may have had a little too much to drink. The men see that she is dressed in a very tight dress with nylons and high heels. They see that she is very friendly and appears to very eager for some fun. But they fear once she figures out she is at the wrong place, she will leave. So they grab her and tie her up with rope. At first JJ thinks they are into some kinky bondage games and she is OK with this. But only if they agree to pay her extra. But then she figures out that she is in the wrong place. But now she is tied tight and it is too late for her to get her things and leave. Then one of the men starts going through her purse and finds that she carries extra pairs of panties around…