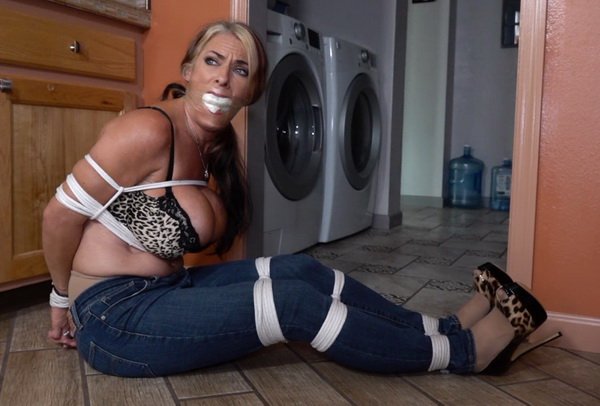 They liked to visit Goldie, the lady next door. She was very nice, made them cookies and let them watch TV. But today when they got there, they found the back door wide open. When they went inside, they found Goldie tied up and gagged in her kitchen. When they helped her get the gag off, she told them to go get help. After they ran off, the bad guy came back and found Goldie un-gagged. She told the man that she had someone going to get help. But the man didn’t seem concerned. He told her that he ran into her helpers on their way out and told them that he was her friend, and that they were only playing a game. They believed him. The man stuffed and taped Goldie’s mouth to gag her again. He then tied her tighter and more secure. He then left her struggling bound and gagged with her big tits out. 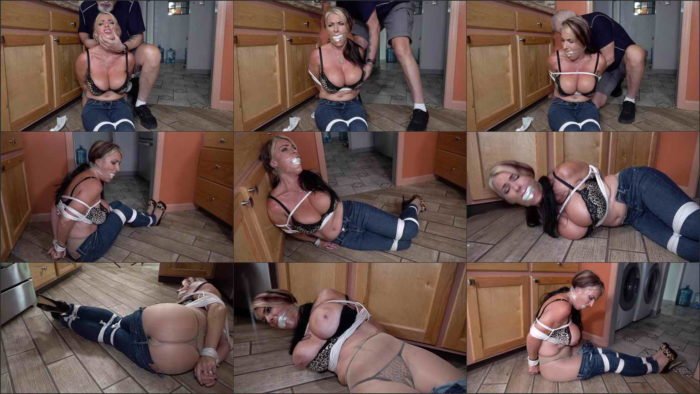