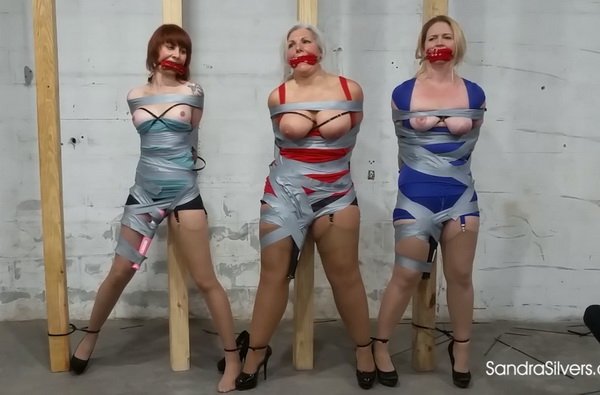 Three MILF Sandra Silvers, Lisa Harlotte and Vivienne Velvet Sex Slaves Endure Zipties, Duct Tape Bondage, Groping and Forced Orgasms. Part 3 of a 3-part Custom Video!
Lisa thought she was eliminating the competition for Master’s affections, but instead, she made him angry. So instead of eliminating her sister’s from competition, she gets the same treatment. Exposed and zip tied to the pole, legs spread wide, her Master gropes, gags and orgasms his blond property to exhaustion. But even a brute can recognize inequity when he sees it, and knows the still bound Sandra and Vivienne deserve additional orgasms as well. Hmmm, three qirls, three wands, two hands, one man. No problem, he takes to a knee. Wand in each hand, and one balanced on his knee, wedged into poor Sandra’s pussy. The three captive MILFs explode in orgasmic delight simultaneously… 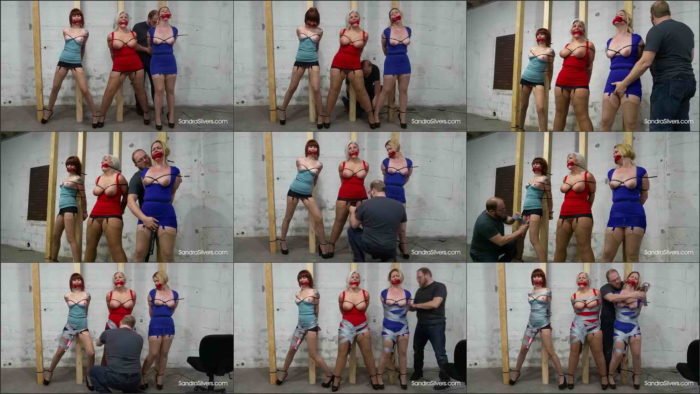 Taped to a Chair, Four Duct Taped Secretaries in an on-screen Gagging Extravaganza