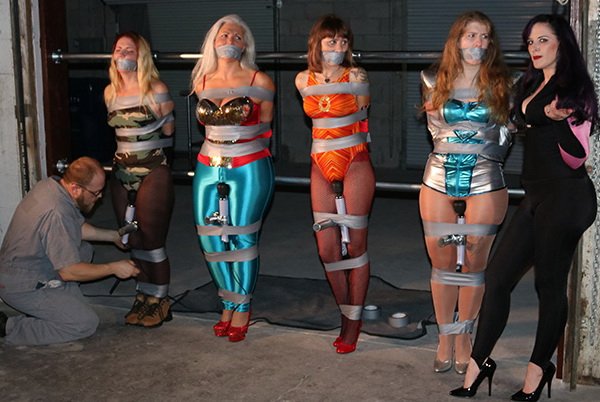 “Something’s not right. Finding Plunder Woman’s hidden lair shouldn’t have been this easy…” the buxom lioness of liberty, FreeDomme, pondered as the formidable femme foursome gazed upon the solid steel portcullis of PlunderWorld looming in front of them. The indestructible maiden of might’s monologue is cut short by Space Cadet, the gifted yet gullible gadget girl from the future, “According to my sensors, which, like, are never wrong, this is the only location on, like, the Earth with the same energy signature as the military’s stolen energy draining device and Plunder Woman’s orgasm extraction device. Also, according to my sensors, like, again, are never wrong, the lair appears completely abandoned with no powered defenses. It is my conclusion, and I am, like, never wrong, that we simply go in and retrieve the device.” “I’m pretty sure it’s not going to be that simple, Spacey…” decreed Bombshell, the dame of demolitions, “…there is no way she’s going to give up the device without a fight. And that’s fine with me!” “I agree with Bombshell…she is pretty…” FreeDomme muses as she tosses a knowing wink at the blond brawler, then continues, “She’s right though, thing’s aren’t what they appear to be. I’ve been trying to scan the complex with my penetra-vision but there is silver dust mixed into the concrete walls. I can’t see through it. That’s an awful lot of trouble to go through if Plunder Woman didn’t think I’d ever find this place.” “TALK, TALK, TALK!”, exclaimed Flaming-O –Scorching hot redhead with the command of combustion, as she points her arms at the barrier “zees talk is getting ahs no-vhere! I vill melt zis gate and take zee device…” “WAIT!” snaps FreeDomme as the barrier begins to open… 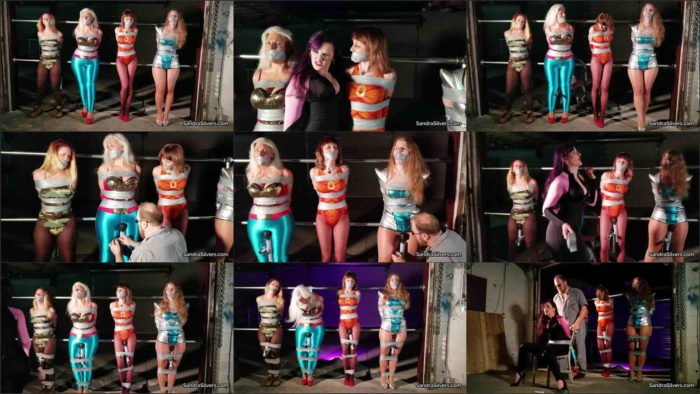 Taped to a Chair, Four Duct Taped Secretaries in an on-screen Gagging Extravaganza

Chi Chi Medina taped and gagged in her pajamas